Home Features BMW M Festival 2019 -celebrating the most powerful letter in automotive in... 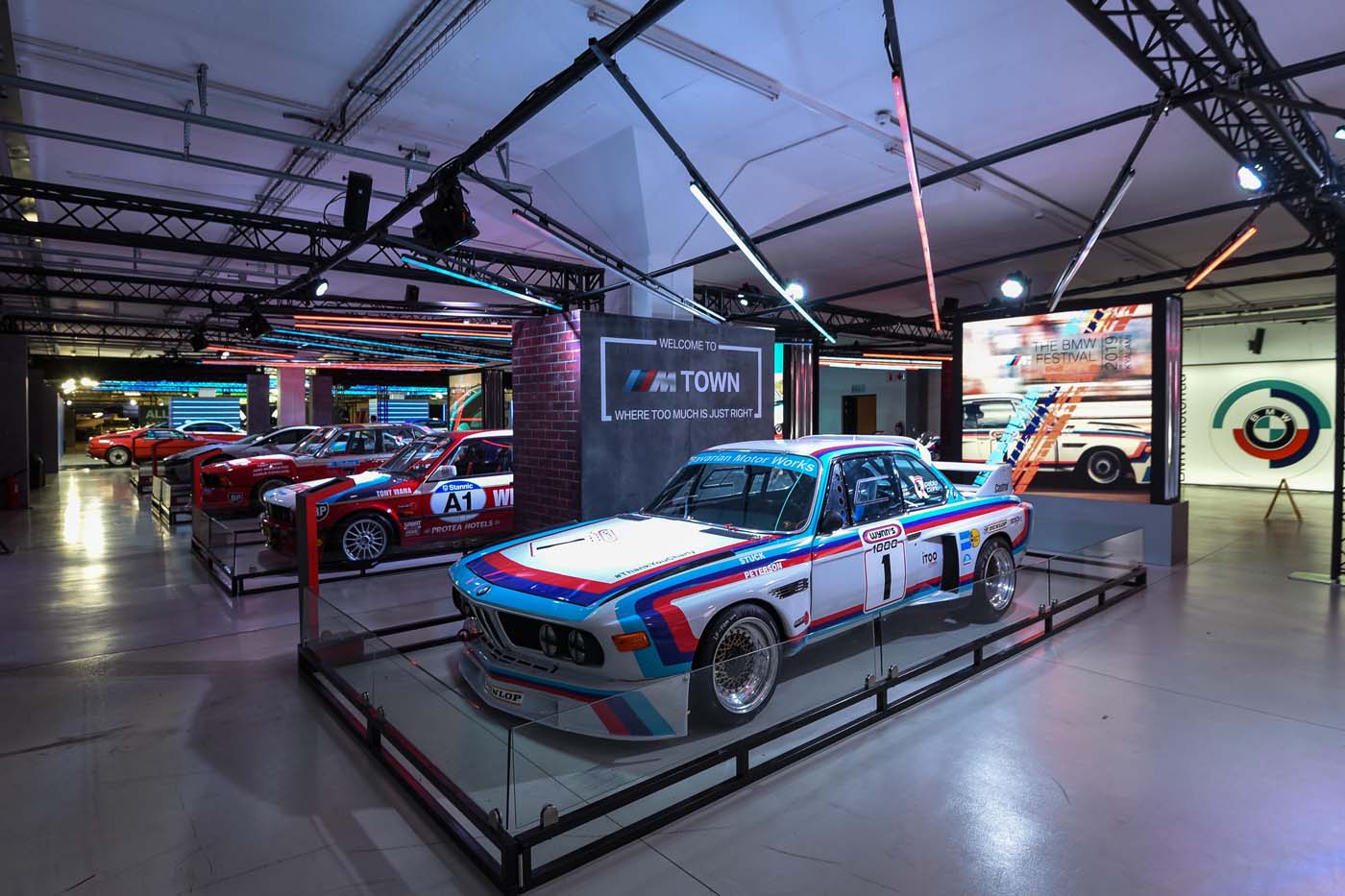 Celebrating the most powerful letter in the world, the BMW M Festival 2019 attracted over 23,000 M-thusiasts to the Kyalami Grand Prix Circuit in Johannesburg, South Africa.

Held on the weekend of the 26th and 27th October, the legendary circuit was transformed into a full-blown M Town and it was packed with activities for the whole family.

We may have had the M Track Experience on a few different occasions before in Sepang, but the M Festival was a much bigger event than that.

Apart from getting behind the wheel of an M car and putting it through its paces, you could also do a little shopping, party to good music, chow down on gourmet food, or even experience the carnival rides.

None of the V8-powered models were available for abuse at Kyalami except the F90 M5, but that’s alright because yours truly was more interested to sample the new S58 engine in the F97 X3 M Competition.

Being there also meant we got to drive the new F40 M135i xDrive on the streets of Joburg and upon returning to Kyalami, local star Sheldon Van Der Linde was tasked with showing us what the M4 DTM race car was capable of.

Emulating Sheldon’s racing line with the X3 M Competition was impossible after the adrenaline-fueled taxi ride in his “office” but fortunately, a professional instructor was on board to guide this amateur on his first lap around Kyalami.

Kyalami itself is a beautiful circuit with generous undulation changes that can catch you off-guard on your first lap; particularly when ascending to Turn 10, where the track levels out and descends just after a slight kink that tightens to a left turn.

Despite that, the X3 M Competition was surprisingly nimble on track with prodigious amount of control and grip. If it weren’t for the instructor’s advice though, I wouldn’t have dared to push the car as hard as I did in the corners. It might sound like an exaggeration but for something as tall as the X3 M Competition, it handled like a C-segment hot hatch.

The S58 under the bonnet is a gem, it pulls strongly and revs smoothly with linear power delivery, and if my memory serves me right, it sounds better than the old S55 it replaces. Judging by how well it performed in a sub two-tonne SUV, expectations have grown for the G80 M3 and the G82 M4 to be spectacular.

We also did a couple of laps the F87 M2 Competition and the G20 M340i xDrive. The former needs no further introduction except that it’s a sublime machine that justifies itself from the get-go while the latter is a formidable contender to the AMG C 43.

On a separate note, a day before the event, members of media were treated to an off-road excursion at the nearby BMW X Park with BMW South Africa’s locally-assembled G01 X3 xDrive30d present.

All the obstacles were overcame without breaking a sweat; a proof that a standard X3 is a highly capable SUV whose purpose stretches beyond doing school runs. It’s just a shame that the brawny straight-six diesel engine isn’t an option in the Malaysian X3.

Besides showcasing their new vehicles on (and off) track, there was a display of BMW M’s heritage cars in the paddock area which included the infamous M1. Although the star of the show was the elusive E12 530 MLE, a car which was conceived here in South Africa a few years before BMW officially launched their first M5 (E28).

Above the paddock was a pop-up dealership selling not only M cars but almost the entire range of BMW vehicles; with special discounts too! One fine example was a gorgeous, fully-loaded F80 M3 CS in San Marino Blue with a price tag of R1,447,000 (approx. RM420,000). It’s a good thing dreams are free.

There were also BMW merchandise on sale, but most of the (cheaper) stuff were snapped up as quickly as the M cars get from zero to hundred km/h.

Judging by the crowd, South Africans love their BMWs as it’s also one of the biggest market for BMW M.

BMW South Africa CEO, Tim Abbott said, “The power of the letter M really resonates with our customers. They love the M and M Performance vehicles and hence we want to put together a real spectacle to showcase the M cars that we’ve built today and some of the history as well.”

Other than South Africa, the BMW M Festival was also held in Canada and Japan. Next stop, Malaysia please?

“Simply accelerating fast in a straight line is not enough,” said BMW on the new i4