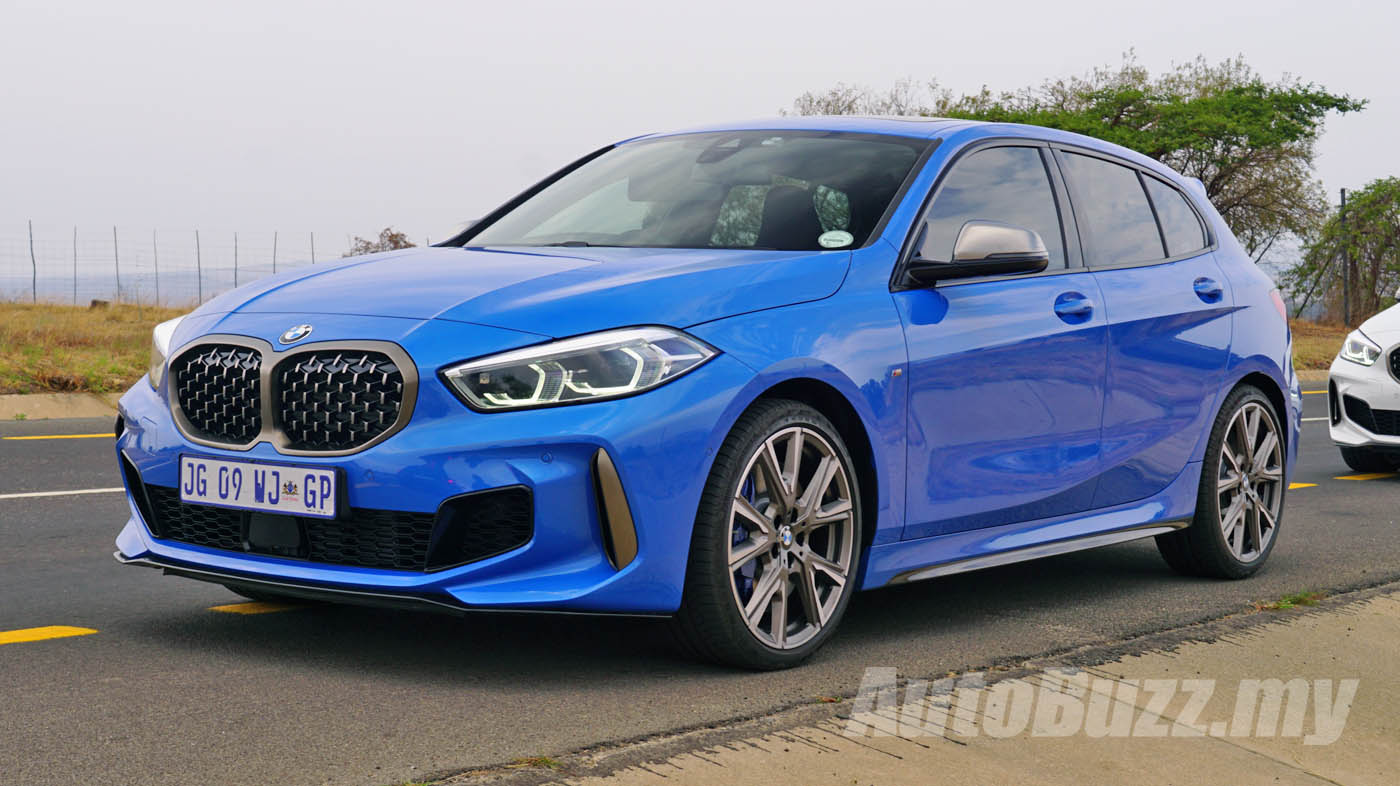 Now in its third generation, the arrival of the F40 1 Series hatchback has irked self-proclaimed purists because it sits on a front-wheel drive platform and to make things worse, the new 1 Series doesn’t have a 6-cylinder option – oh dear.

Nevertheless BMW is adamant that the switch to front-wheel drive would make the 1 Series hatchback a more competitive car among its rivals, especially when it comes to all-round packaging. It makes for a stronger business case too, as the FAAR platform will spawn a few small BMWs and MINIs as well.

The old F20 1 Series may have a longer wheelbase than the new F40 1 Series, but thanks to the front-wheel drive layout, the new car liberates more interior space particularly behind the front seats.

Overall the F40 is slightly shorter than its predecessor but it’s wider and taller – offering a more practical and ultimately usable cabin than before.

Rear passengers benefit the most out of the bigger cabin, and even the rear door apertures are larger than before for easy ingress and egress. Boot space is up by 20 litres at 380 litres, which is bigger than the W177 A-Class hatchback and matches the Mk7.5 Golf.

Power is sent to the front wheels most of the time via an 8-speed automatic transmission but the xDrive system can distribute the power to the rear axle by up to 50 percent.

With the aforementioned promise, we were very keen to find out how this little Bimmer would cope on twisty tarmac but such roads were hard to come by in Johannesburg.

For what we experienced at least, the steering was sharp and free from any excessive artificial assistance, and leaving it in Sport mode won’t make it any more cumbersome than it is in Comfort.

The straight roads and smooth highways of Joburg didn’t bother the chassis much; it had a predictably firm ride and was surprisingly relaxed at high-speed cruising.

The punchy turbocharged four banger was effortless and revs sweetly to the redline, although the 8-speed auto’s reaction is not as quick if compared to its counterparts twin clutch offerings.

Some testers did note that torque steer is still evident despite all the mechanical and electronic wizardry, but there’s no doubting its straight line performance. Official century sprint time from 0 to 100 km/h was 4.8 seconds, while its top speed is limited to 250 km/h.

Apart from the soundtrack provided by the Active Sound Design (ASD) system which amplifies and channels the engine growl into the cabin, it did not disrupt the M135i xDrive’s “inner peace”. The same can’t be said from the outside as it never hesitates to belch out a few burps to make its presence felt.

And then there’s that kidney grille. Well, upon seeing the new 1 Series in the metal for the first time, the sight of the kidney grille was rather unsettling to say the least. Thankfully the rest of the car looked pleasant and attractive but the side profile is a big departure from its sleeker predecessors.

Apart from the grille, the M135i xDrive had just the right amount of aggressiveness with its sharp headlights and a racy rear end. The M Sport kit looked tasteful, and flashes of matte grey trims as well as the “raindrops” grille inserts are unique to this variant only. Although the optional 19-inch wheels are not really necessary, it’s a nice complement to the whole M Sport vibe.

As far as first impressions go, the new 1 Series is no longer a unique proposition but at the same time it’s a better all-rounder than the car it replaces.

While the previous M140i never officially made it to Malaysia, the new M135i xDrive should appeal to a wider audience with its more road tax-friendly 2.0-litre engine and practical interior.

Those who are in the market for a Volkswagen Golf R or the Mercedes-AMG A 35 may want to consider this Bavarian option, should BMW Malaysia see fit to introduce it.