Home News We still can’t understand why Ford fitted a manual gearbox into this... 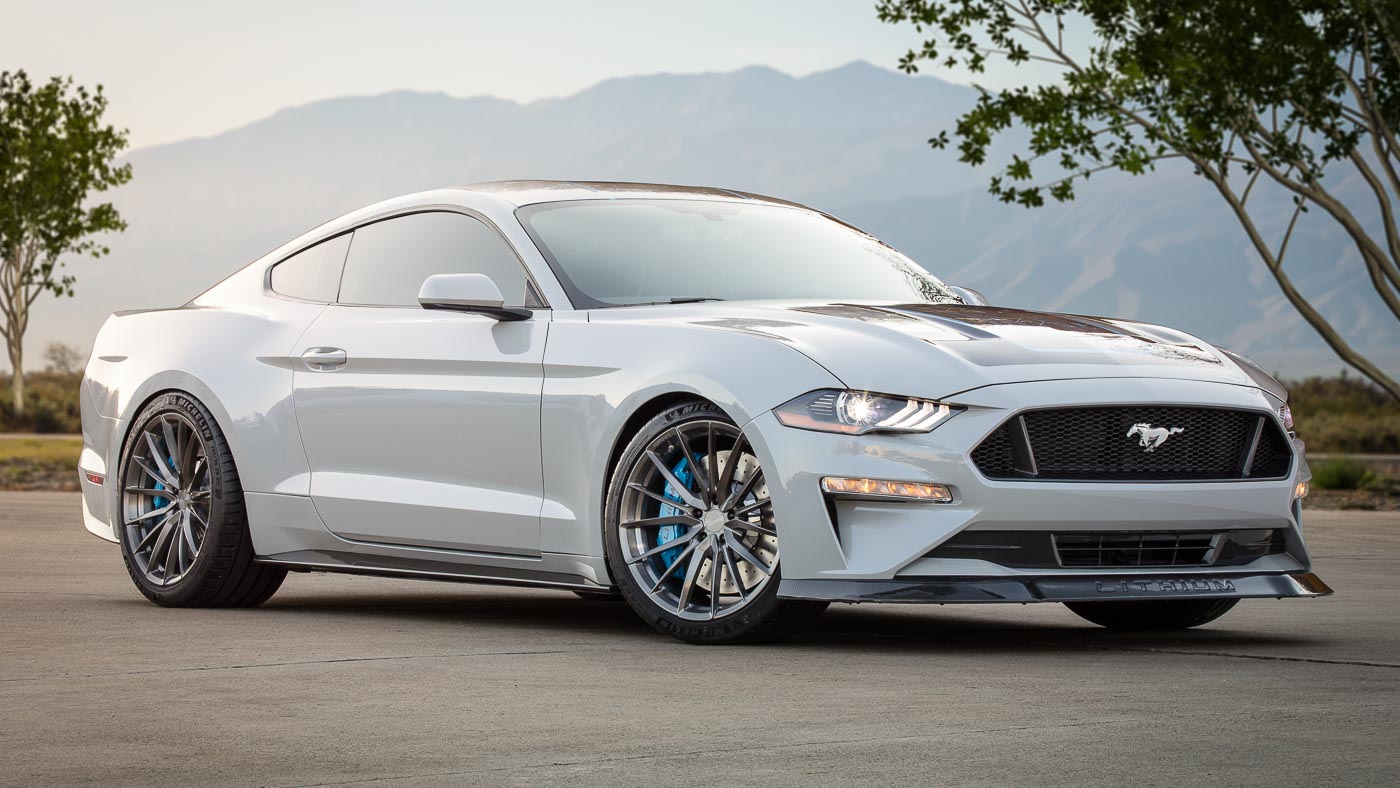 While the “Mustang-inspired” electric SUV is scheduled to be released next month, Ford surprised everyone at the 2019 SEMA Show in Las Vegas with an actual electric Mustang.

The Ford Mustang Lithium, which is an one-off prototype from the American carmaker, is the fruit of a partnership between the Blue Oval and Webasto.

Featuring Webasto’s 800-volt battery technology, the electric pony outputs “more than 900 hp” and 1,335 Nm of torque. Ford did not disclose any performance figures, but based on the power output we’re pretty sure the Mustang Lithium will decimate the current EV drag-strip king – the Tesla Model S P100D.

Despite what muscle car purists might tell you, the electric drivetrain is not even the most surprising aspect of the Mustang Lithium. What baffled us in this electric-powered Mustang is the inclusion of a six-speed manual transmission from Getrag.

A transmission’s main purpose is to keep the engine rotation at its most efficient and powerful output band. And for those less familiar with EVs, an electric motor does not have an “optimum power band” – peak torque is always available. So what is a six-speed manual transmission doing here? Honestly, we’re still unsure ourselves.

Other than the new drivetrain, Ford also gave the Mustang Lithium some additional performance parts to go along with the raw power, including a Super 8.8 Torsen differential, Ford Performance Track Handling Pack and strut tower brace, improved brakes from Brembo, and some carbon fibre parts for weight reduction.

To handle different driving and road conditions, Ford has also included different drive modes – Valet, Sport, Track, and Beast, where the driver selects through the 10.4-inch touchscreen display. We can only assume the last mode is Ford’s answer to Tesla’s Ludicrous mode.