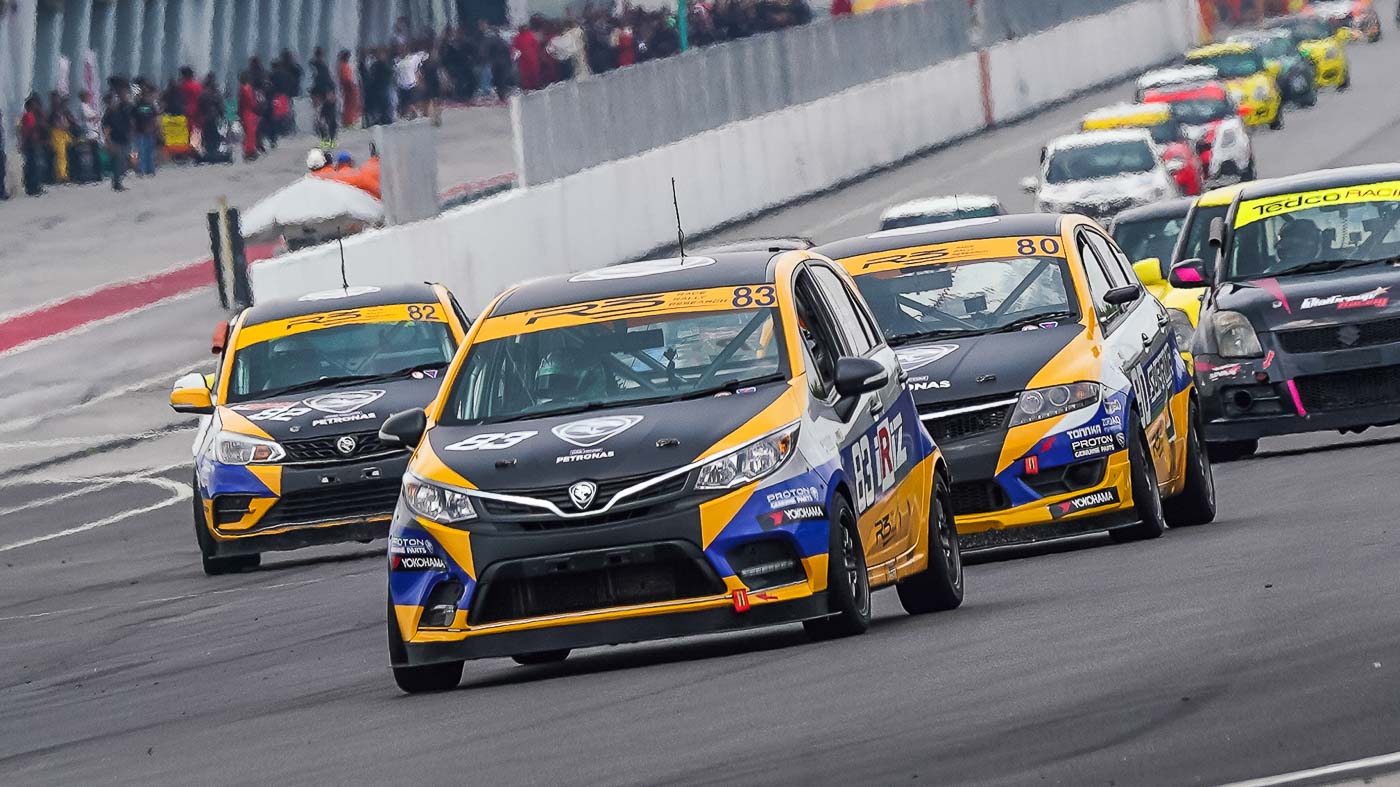 After a double victory with the 2019 Proton Iriz driven by Fariqe Hairuman and Syafiq Ali at Round 4 of the 2019 Malaysia Championship Series (MCS) last weekend, Team Proton R3 took the overall lead in the M-Production Class championship.

Race 1 saw both Proton R3’s Suprima S and Iriz starting the race at the front row, with the Iriz taking the chequered flag. The same Iriz also proved to be superior in Race 2 as the fastest car in the field; claiming yet another win in Race 2.

Meanwhile, their other entry, the 2019 Proton Saga which made its debut in the hands of Admi Shahrul, finished 4th in its first ever race (Race 1) before ending the weekend with a 3rd place finish in Race 2 on Sunday.

With one round left in the 2019 series, the team is confident of retaining its titles. Proton R3 will now field both the Saga and Iriz in the 2019 edition of the Sepang 1000km race.

In other news, having recently announced its Lady Driver Search and Mentorship Programme, Proton R3 has launched a new contest which will allow motorsport enthusiasts to be part of the team’s racing endeavours while leaving a mark in the team’s racing legacy.

The “Design For Speed” contest will be open to Malaysians aged 18 and above to submit their most creative race car livery design for a Proton Saga racing race that will be campaigned by R3 in the S1K race 22nd to 24th November.

Cash prizes will be awarded to the best three designs along with invites to attend the race as a VIP guest of the team. The grand prize winner will see their livery design applied to one of the two R3-built Proton Sagas taking part in the race – allowing their work to be seen by Malaysian racing fans.