If you are waiting on for the all-new Mercedes-AMG A45 in Malaysia, don’t be quick to have a rev battle with the previous A45 because the new mega hatch is quieter than its predecessor.

This piece of information came from Head of Product Planning for AMG Compact Cars, Bastian Bogenschutz who was speaking to Motoring at the launch of the A45 S and CLA45 S. The European Union’s new sound regulation meant that manufacturers have to restrict the drama coming out from the exhaust system which was the party piece of the previous A45.

All new-generation AMG cars sold outside of Europe will also be subjected to a more muted soundtrack. To work around this restriction, Mercedes-AMG has engineered a synthesised soundtrack (AMG Pure Performance Sound) into the cabin for an extra thrill to the drivers.

Bogenschutz said: “It’s coming from the European regulations. We can [design specific exhausts] but it’s too expensive for every market to do it, it’s pretty difficult.”

This is indeed sad news for all of us but in the land of the unregulated exhaust note, there’s nothing an aftermarket exhaust can’t fix. 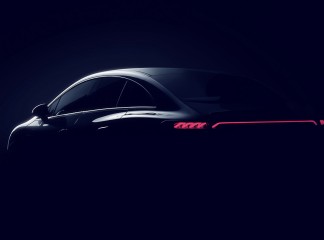