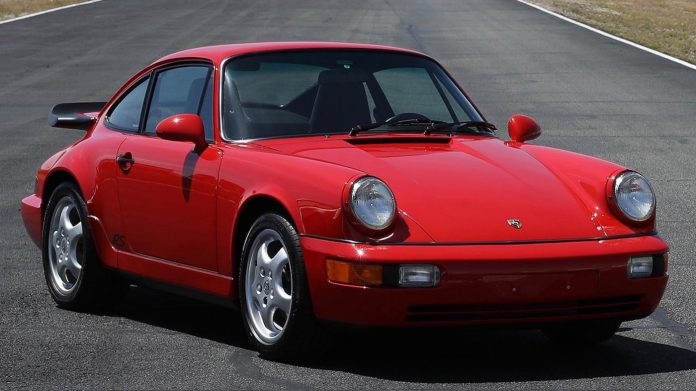 In celebrating the Independence Day of the United States of America, Porsche has compiled a list of the most iconic Porsches made available to the American market and the line-up is nothing short of pornography.

The ones that really got us drooling is the lightweight Porsche 911 RS America with around 260 hp/312 Nm based on the Carrera 2 available in America.

While it may retain most of the essential components of the Carrera 2 such as the brakes, the 3.6-litre engine and the hardy G50 gearbox, the RS America is void of all creature comforts like air conditioning, power steering, radio and sunroof which were offered as options instead.

The other that got us drooling was the Porsche 934.5 race car with 600 hp from a turbocharged flat-six. The controversial race car which was band before it got to race was so limited, only 10 units were built for the U.S. market.