Lexus has given the green light on the production of the Lexus LC Convertible and the Japanese luxury carmaker has shown a working prototype at the 2019 Goodwood Festival of Speed (FoS).

Despite cladded in a unique QR code themed camouflage, it would seem that the LC Convertible will look exactly like the concept car – just like its coupe twin when it first debut. The prototype showed a little more detail not seen on the concept such as a wind deflector and the lack of rear seats. Cues such as the prominent spindle grille and cascading LED taillamps have been retained.

We have yet to see whether the passengers of the LC Convertible will be sheltered with a hard top or fabric roof, but the latter is more likely. This is taking into account that a folding hardtop mechanism will incur a more serious weight penalty and packaging reasons. 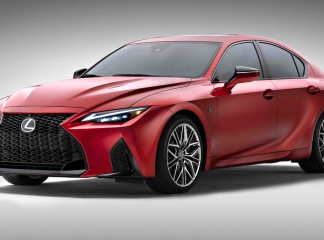 New Lexus IS 500 F Sport with 472 hp to challenge Mercedes-Benz and BMW?