Europe remains the biggest market for the Swedish brand, with sales rose by 6.4 per cent to 317,838 cars in 2018 compared to the previous year. The strong performance in Europe was led by the new V60 and XC40 models. This followed closely by China which sold 130,593 cars in 2018 (+14.1 per cent) with the locally assembled XC60 and S90 being the main sales drivers.

Sales in the US also grew by 20.6 per cent to 98,263 cars compared to the same period in 2017, led by growing demand for the XC60. While the first US-made S60 saloon has already rolled out of factory floors, the S60 will only start to contribute to sales volumes in 2019. 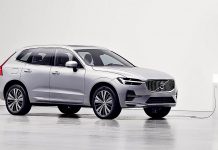