Home Reviews Review: Things I discovered about the Toyota C-HR after 10 days with... 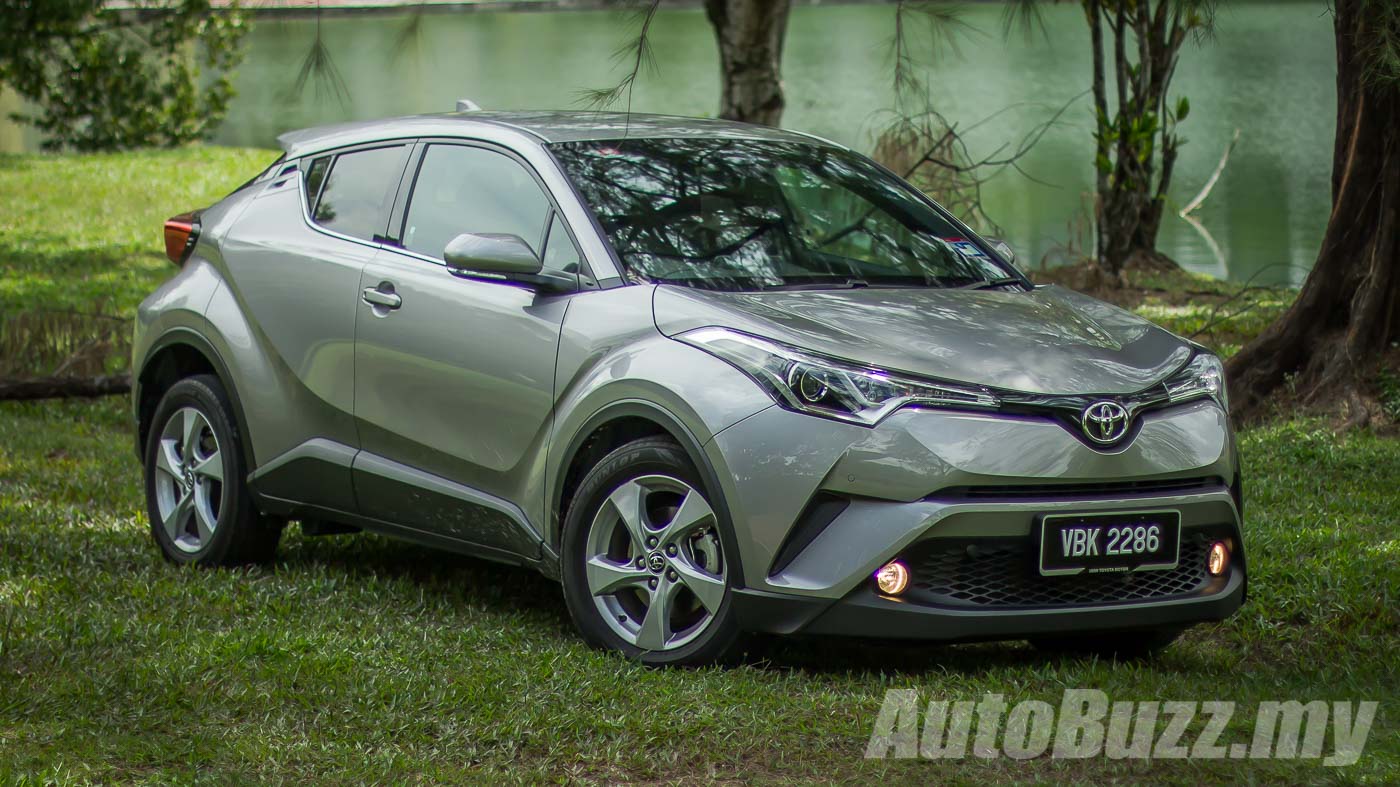 But of course, there are things about it that I didn’t like, left me bemused and even dumbfounded. Three full tanks of fuel (at 400 km each), hundreds of kilometres and 10 days later though, I must say, my perception of the Toyota C-HR has changed.

I still lament its existence, but now I see why Toyota, a brand so well-known for making the most practical, user-friendly and sensible cars, would bother creating such a thing.

On that note, they’ve got it spot on. Everything about the C-HR is, nearly perfect, ESPECIALLY for the demographic it caters to.

The C-HR is not for sensible people like you and I; it’s not for those who spend hours going through multiple money changers for the best possible exchange rate just so they can save RM 10.

Instead, it’ll likely attract those who’d queue outside an Adidas store for hours just so they could get their hands on an ugly pair of Yeezys, for thousands of ringgit, so they can be seen as “current and trendy” people.

As a car though, on what it’s like to drive and be driven in, the C-HR is right up there with its rivals. Some might even think that it’s the best, and I wouldn’t necessarily argue with them because of there are more reasons than one to like the car, despite its shortcomings, and here’s mine:

It’s as welcoming and comfortable as a lazy chair, one you “can’t see out of”

You all know that feeling; kicking back on your couch or a lazy chair, mindlessly flipping through the channels on your hopeless and repetitive cable TV, it’s nice isn’t it? It’s an effortless way to go about life.

Well that’s exactly how I felt from behind the wheel, on that comfortable seat. To an extent those seats even reminded me of those in the Harrier I reviewed earlier this year, only that it wasn’t wrapped in Nappa leather. You don’t sink in it, like you would into a bean bag, it’s just supports you with the right amount of padding and contour.

Just like being on your lazy chair that’s positioned strategically in front of the TV, visibility ahead is great as well but what’s more profound is how well it rides, and how well insulated the cabin is from the elements outside – it’s not something you’d overlook.

Wish I could say the same about its rear visibility though. There’s not much to complain about through the rear view mirrors but the rear quarters make you feel as if you’re badly blindfolded – with very partial visibility – no thanks to those huge “C-pillars”. Not very convenient when you’re trying to parallel park or change lanes; good thing it comes with a Blind Spot Detector.

A smooth operated held back by minor incompetencies

Once you start driving the C-HR, that’s when you’d be impressed because this thing is smoother than Michael Jackson doing the Moonwalk, in the way it drives. You just get the sense that everything is working together in synchronous harmony, like a well-oiled machine.

Even better, when the roads start to curve, that’s when the C-HR really shows off its party piece – its road holding capabilities. The only thing holding it back from actually being “an exciting prospect” is another 20 or so horsepower and a good set of tyres because there’s only so much a 1.8-litre engine with 138 hp can offer and those Dunlop Eco-whatever-it’s-called is just garbage.

Not only is it noisy on the move, it just can’t cope with how well the C-HR goes through the bends. I usually call bullshit every chance I get, but it does somewhat drive like a “Coupe”, despite being a “High-Rider”; it’s actually true to the name it was given!

In the 10 days I spent with the car, ferrying everyone from friends, colleagues and family members, not one had anything bad to say about how the C-HR looks. Overtime, I saw the appeal too. I’m still not a fan of how it looks, but I get why people are appealed to it.

Compare it with your HR-Vs and CX-3s, this thing sticks out like a beautifully-sore thumb with bulging character lines, swoops and curves molded all over its body. It’s not exactly a stunning piece, but it sure is striking.

But there are, however, a list of let downs. Considering how radical the car looks, those rims looked like a pussy cat next to a ferocious tiger. And what’s up with the position of those door handles? I can understand how a conventional one would ruin the flow and design of the car but how would a tiny 5-year old in a young family be able to reach it?

Also victim to the C-HR’s dynamic design is rear headroom and visibility out of the rear windows. Sure, your kids wouldn’t have trouble feeling snug back there but try fitting someone my height (180 cm) and he’d beg to be released almost instantly. You could just feel this light, but perpetually pat on your head, from the sloping roof line.

Not that anyone can see you suffer cause at full recline, your face would be completely swallowed by those thick C-pillars. Some would call it privacy, I’d call it a nuisance. Having to lean forward just to catch a glimpse of what’s outside, is no fun.

A youthful interior that lacks a hint of maturity

Youthful and futuristic as it may be on the inside, it does have a few quirks which aren’t negligible. It’s all very plush and pleasant at first but when you start spending more time in it, a few inconveniences come to light.

Take the dashboard for example, I love the tri-coloured, multi-layered, soft touch dashboard where everything seems to be angled towards the driver but my front passenger wouldn’t share the same enthusiasm. That’s cause right in front of her (or him), where the glove box is tucked away, is an unnecessarily massive bulge.

Not that it would matter most times, but if you need to make room for the passenger behind, bid au revoir to your knee caps. What the Yeezy-wearing C-HR owner would appreciate are the details on the headliner and the door panels, I’ve never seen anything that “outstanding” in car with a RM 150k price tag.

This brings me back to my initial point about the C-HR catering to a very specific group of people. I don’t think it’s a car for the masses, it’s for the urban-trotting, latte-drinking, yoga-going demographic that pays more attention to style than the underlying substance.

And certain parts of the cabin just don’t gel with the rest. It makes you wonder if Toyota, being the sensible car maker that they are, is trying just a little too hard to be hip and is out of its comfort zone.

While it may have a decent sound system, a necessary feature for the under 35s, what bothers me is the glossy panels. Not only are they glossy but they have this “gold dust effect” throughout the surface.

How did Toyota think that it would gel with the classy and sophisticated, tri-coloured, multi-layered, soft touch dashboard? It doesn’t make sense. Looking at the centre console, I can’t help but think if there was a better way of designing it as there was no where to place my coins but in the cupholder – good thing it was deep enough. #twss

I might have sounded like I absolutely hated the C-HR but truth be told, I’ve been missing it. Is it a car I would buy? No. Would I recommend it to my friends? Depends who’s asking. Is it a practical all-rounder? Not entirely.

But would I bet on it to get me from A to B effortlessly, in style and in comfort, with a hint of excitement most Toyotas in this price bracket seem to lack? Sure, with the RM 150k I don’t have.