Home News Over 1 million BMWs to be recalled over fire risk from faulty... BMW had in August announced that it would recall over 480,000 diesel vehicles in the European and Asian region affected by the above said problem after some 30 cars caught fire in South Korea this year.

Upon further internal investigations, on engines with similar configurations, it is found that those “not included in the initial recall” posed no significant risk to its owners.

Nonetheless, BMW has decided to expand its initial recall campaign to involve four and six-cylinder diesel engines produced from August 2010 until August 2017, to a total of 1.6 million vehicles.

What in the world is going on, you ask?

Well, internal investigations have revealed that leaked coolant from the vehicle’s exhaust system could melt the intake manifold in “very rare cases”. In more “extremely rare cases”, it could result in a fire – something which has occurred around 30 times in South Korea.

Speaking to the Head of Corporate Communications of BMW Group Malaysia, Sashi Ambi, he said, “In the initial technical campaign which was undertaken on the specific models from the experience Korea, the cars from Malaysia were excluded as we offered different engines.”

“The campaign has been expanded and we are now verifying if the vehicles in Malaysia are involved in this precautionary technical campaign. If there are vehicles involved in this campaign, BMW Malaysia will be in touch directly with our customers together with our dealers. To clarify, there have been no similar incidents of that in South Korea, occurring in Malaysia”, he added. 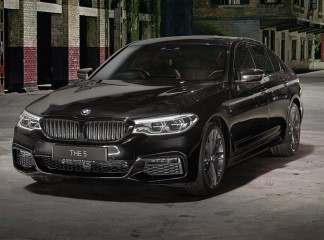