Ford has just announced that production of Ford GT supercar will be extended by another two years to meet the overwhelming customer demand. During the period, the company is expected to build an additional 350 units on top of the initial run of 1,000 units.

Unveiled back in the 2015 North American International Auto Show (NAIAS), the Ford GT is the Blue Oval’s mid-engine two-seater supercar with technology derived from the brand’s participation in the 24 Hours of Le Mans. Since its global unveiling, Ford received over 6,500 applicants – yes you have to apply to be able to purchase one – for the first batch of 500 units which was subsequently increased to 1,000 units.

To be able to purchase one of the 350 additional units, Ford will re-open the application window to customers in selected markets beginning 8 November 2018. Prospective owners can submit their applications at FordGT.com, and successful applicants will be contacted by the Ford GT Concierge Service for a personalised purchase experience.

Director of Ford Performance, Hermann Salenbauch said: “The response to our Ford GT has been unprecedented, with demand outstripping supply more than six-to-one. By extending the Ford GT production run for a limited period, we’re able to maintain the exclusivity of the ultra-desirable supercar while offering the ownership experience to a greater number of customers in addition to the 80 Ford GT owners in Europe who’ve taken delivery of their bespoke car to-date.” 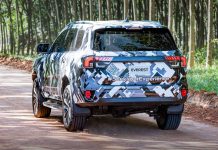 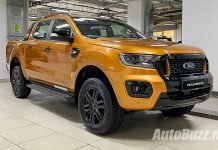 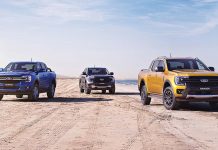