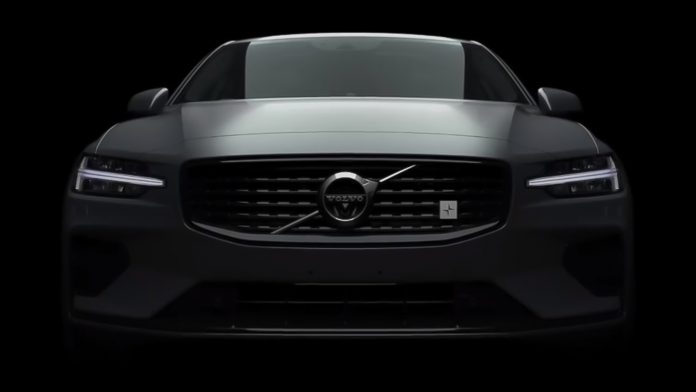 Following the announcement of the Volvo S60 T8 TwinEngine Polestar Engineered variant, the Swedish premium car maker has taken to social media to tease the imminent launch of the new premium compact sedan on 20 June 2018.

In the 12 second clip, Volvo is not hiding the fact that the front fascia of the S60 will have the brand’s family face – Thor’s hammer LED daytime running lights, iron mark grille and angular front bumper, exactly like its V60 twin. From the aerial view of the car, we can tell that the sedan features an elongated rear profile as compared to the V60. Just like the design differentiation of the S90 and V90.

As for powertrain options, Volvo has previously announced that the S60 will be solely powered by petrol, dropping diesel engines for good. Among the planned powertrains include a range of four-cylinder Drive-E petrol engines and two plug-in hybrid petrol mills while mild-hybrid variants will be available from 2019 onwards.

Volvo’s 3-series and C-Class rival is an exciting car to look out for as it will be the first model to be offered with a full-blown Polestar Engineered variant that sits above the R-Design variant. It packs 415 hp and 670 Nm of twist from the 2.0-litre four-cylinder twin charged T8 plug-in hybrid combination as well as gold-painted Brembo brake calipers, adjustable Öhlins shock absorbers and strut bars as well as gold seatbelts.