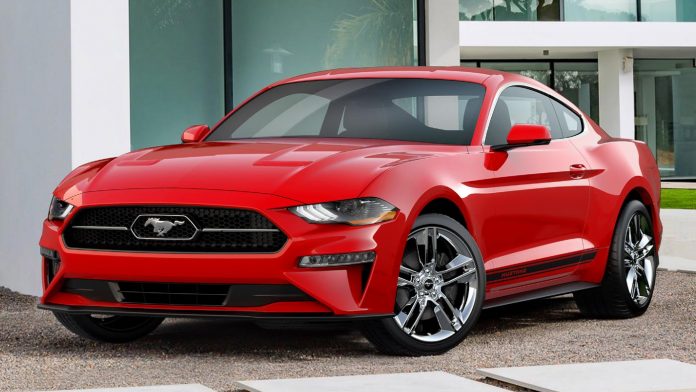 The Ford Mustang is an American muscle car icon made famous by its loud thumping, naturally-aspirated V8 with brute power delivery since its inception in 1962.

Traditionally, the Mustang was built exclusively for the US market in left-hand drive configuration, but since the Blue Oval brand made the popular muscle car available to fans around the globe in 2015, it has since set off the Mustang to become the best-selling sports coupe in the world for three consecutive years (2015 – 2017).

In 2017, Ford recorded 125,809 new registrations across 146 countries with US being the leading market with 81,866 units sold. Despite only being available to markets outside of US for three years, already one-third of all new Mustang registrations come from export markets.

Ford sales analyst, Erich Merkle commented: “The world is falling in love with Mustang. Mustang represents the best of American design, performance and freedom, with an unmistakable personality that appeals – regardless of your postcode.”

According to the company’s internal data, Europe took delivery of 13,100 Mustangs in 2017 while China also showed a growing appetite for the Pony Car with 7,125 units sold. The most popular configuration worldwide is the Mustang GT with a 5.0-litre V8, although a smaller 2.3-litre four-cylinder EcoBoost is offered to penetrate markets that imposes high tariffs against large capacity engines.

In Malaysia, Sime Darby Auto Connexion has both the Mustang GT 5.0 and 2.3 EcoBoost on sale priced at RM489k and RM599k, respectively. GC Mah and our friend Reuben Kang from JinnyBoyTV both enjoyed the Mustang GT 5.0 very much, especially the Line Lock feature.