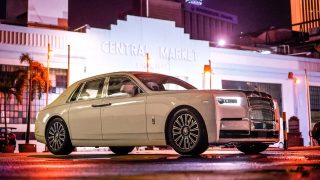 Today’s car commercials are explosive, exciting and mostly on YouTube instead of the television. The products they’re advertising now have also seen a significant revolution, to an extent not imaginable by anyone just under a decade ago.

This brings us to a classic Proton advertisement from the late 1980s that’s so adorable, it can’t not be revisited for old times’ sake. The subject in question was our national brand’s first step into the foray of “automotive production”, the Proton Saga.

It’s hilarious watching how Proton tried to prove a point by using a group of mere mortals to test the rigidity and build quality of the Saga.

The “tests” included kicking on the wheels and tyres, knocking on the doors and bumpers with merely a fist along with placing a large man in the boot – presumably to test the Saga’s trunk space and suspension.

Famously known to be based on the Mitsubishi Lancer Fiore, Proton flagged off their first offspring with a 1.3-litre, eight valve engine, which was later on followed by more powerful 12 valve, 1.3-litre and 1.5-litre engines.

Think of it how you will but along with a 3-speed automatic or a 5-speed manual transmission, the original Proton Saga was a cheap and practical means of transportation for those on a budget.

As critical as some were, it really wasn’t that bad an idea to base our first ever national car on an established and reliable Japanese platform as we just weren’t technologically-equipped then to develop one on our own.

Sure enough, it went on to sell by the truckloads and it’s hard to imagine anyone not having a prior experience behind the wheel or at least been driven in Malaysia’s monument of vehicle production.