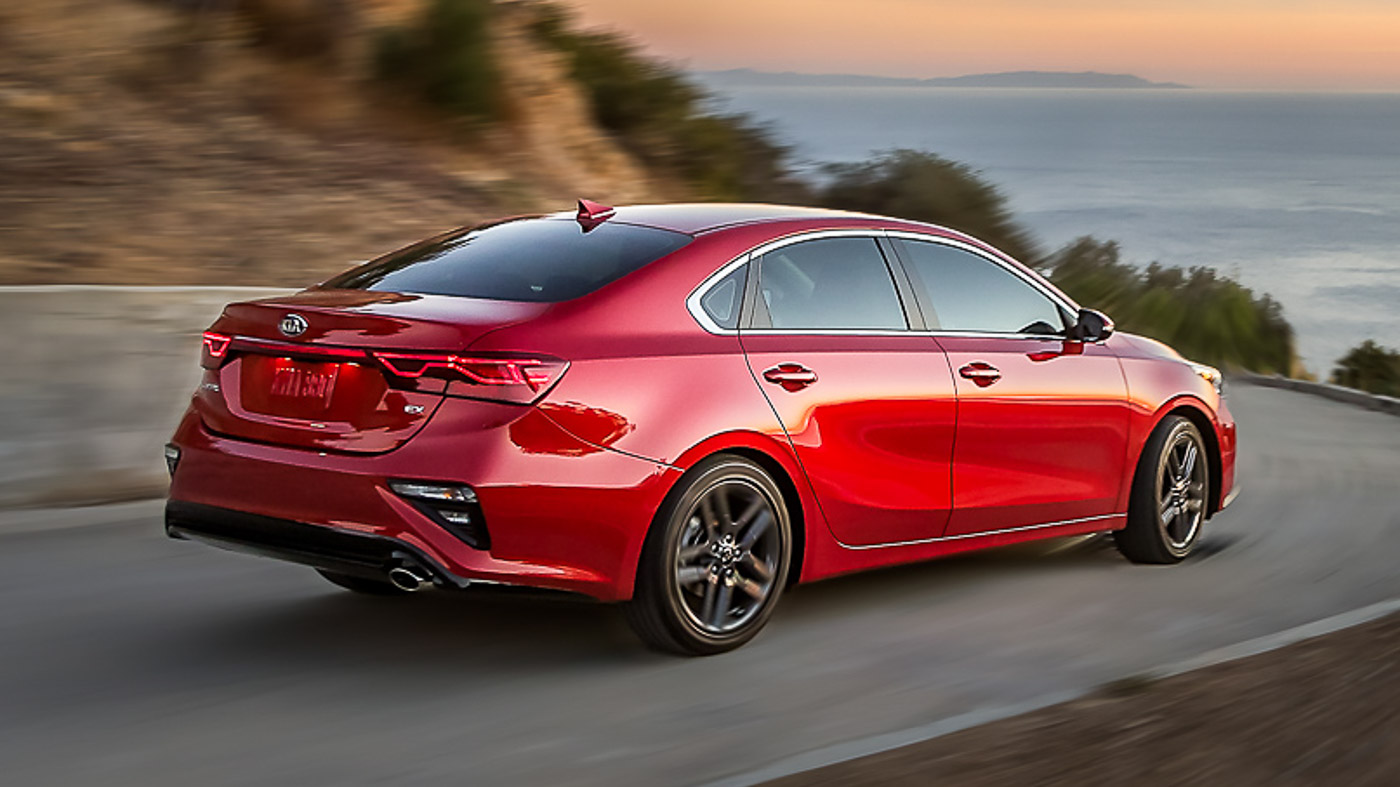 The newly-launched K3 Kia Forte (Cerato for us) been introduced in the USA and now promises increased cabin comfort, with newly-integrated driver assistance technology.

Underneath the hood is a 2.0-litre Nu four-cylinder engine supported by the benefits from the Atkinson Cycle technology and cooled EGR system to help boost fuel efficiency. Transmission options include a six-speed manual or Kia’s all-new Intelligent Variable Transmission (IVT).

The use of the IVT system addresses the rubber band-like response of a CVT gearbox with the use of a chain-type belt instead of push belt. Gearbox noise had been reduced by wrapping the transmission case in a sound-insulating cover to help quiet the typical “drone” associated with the CVT gearbox.

Power output is reportedly unchanged from before with 147 hp and 180 Nm of torque, with focus placed on efficiency where the Forte now returns a claimed 14.9 km/L.

The all-new 2019 Forte structure receives additional hot-stamped components and 54% Advanced High-Strength Steel. Its body is now 16% stiffer, not only improving handling but also NVH along the way.

Suspension geometry has been reworked along with enhancements within the Motor Driven Power Steering (MDPS) to improve steering response and road holding.

Styling wise, the Forte took inspiration from the Stinger fastback sport sedan – a long hood and short deck – to achieve a fastback-like shape. The cowl point (the lower section of the windscreen) has been moved back five inches, creating a more athletic stance.

Around the back, the rear bumper also receives separate reverse and turn signal indicators located beneath the  LED taillights. Similar to the Sportage crossover, a horizontal trim piece connects the taillights.

Inside features an 8-inch colour touchscreen with Android Auto and Apple CarPlay. The quieter cabin received a surprise inclusion in the form of a 320-watt Harman Kardon sound system.