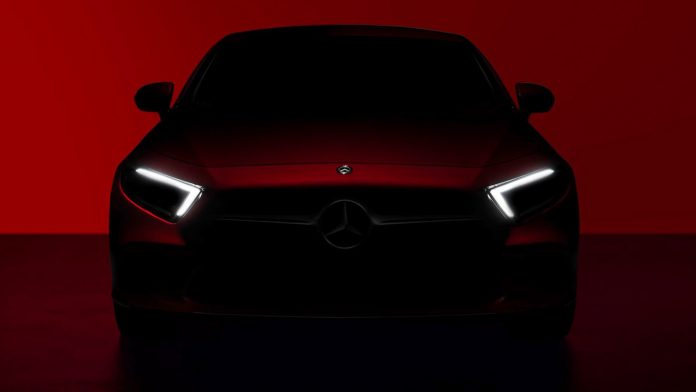 Mercedes-Benz has released a teaser image of the CLS on its official Facebook page hinting the imminent launch of the third-generation four-door fastback.

Based on the teaser image, the new CLS will feature a single LED daytime running light brow just like the rest of the C-Class range. It gets a more angular front end as well as a larger trapezoidal grille with a single bar tri-star emblem. Expect the new CLS to feature larger dimensions and a sleeker profile overall.

Inside, the teaser image shows an interior resembling that of an E-Class coupe – jet turbine air vents, Widescreen Cockpit, ambient lighting and even down to the engine start/stop button. Carbon fibre inlays can also be seen here although customers can most definitely have it in other finishes like wood or aluminium.