Over the years, Audi’s accolades in the area of highly-automated driving speak volumes for itself. There was the driverless Audi TTS that etched the brand’s four rings on the salt flats before scaling Pikes Peak; there was also the RS7 Sportback which lapped the Hockenheim race track at the limits of physical driving – without an actual driver.

Audi has since been demonstrating new thresholds of piloted driving on public roads, from the West Coast of the US to Las Vegas, on the Autobahn and in urban Shanghai traffic.

Now, Audi will put into production the piloted driving system that’s based on its adaptive cruise control and traffic jam assist functions. At speeds between 0 to 65 km/h, the system will take over the acceleration, braking and even steering duties from the driver as and when he or she desires – for some stress relief on congested roads.

When traffic subsides, the system will automatically prompt the driver to resume control of the vehicle. The “brains” behind this ingenuity is the central driver assistance control unit (zFAS). It uses processors to evaluate the signals from all its sensors while a radar scans the front of the car.

This is partnered with a video camera which detects lane markings, guardrails, pedestrians and other vehicles. A laser scanner delivers high-precision data about objects up to 80 meters (262.5 ft) away.

As many as 12 ultrasonic sensors and four cameras monitoring the surrounding area of the car; for the zFAS system to create a “picture” of the traffic situation in great detail – allowing very early detection of vehicles or objects in front of the vehicle. 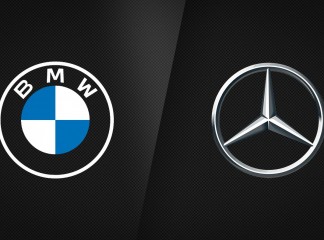