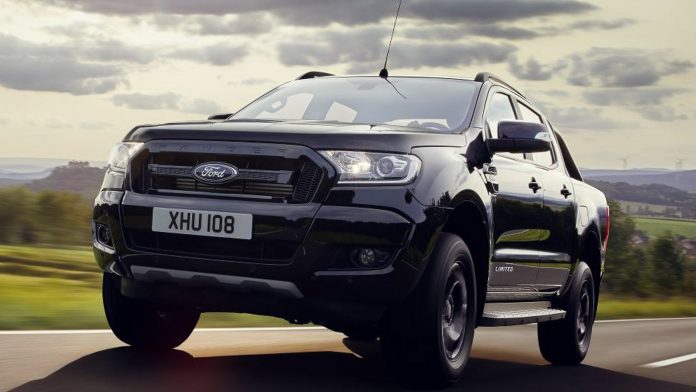 There’s no arguing that the current generation Ford Ranger is the best looking of them all – hands down, case closed. If there was a checklist, it would tick em’ all – its size, its proportion, features, drive and performance – they all just work.

Now Ford is set to unveil an exclusive new edition of Europe’s No.1 selling pick-up, the Ranger Black Edition, at the Frankfurt Motor Show in a striking and distinctive, colour-coded appearance.

Contrary to the frightening Black Editions of Mercedes-Benz’ stable, the Ranger Black Edition is limited only to its aesthetics featuring a de-chromed body in “Absolute Black with a black finish” – yes, that’s exactly what was said. The somber finishing is applied to the radiator grille, alloy wheels, sports bar and other exterior details. Production will be limited to just 2,500 units in Double Cab bodies only.

Europe has been a fruitful hunting ground for the Ranger with over 23,000 units sold in the past year alone.