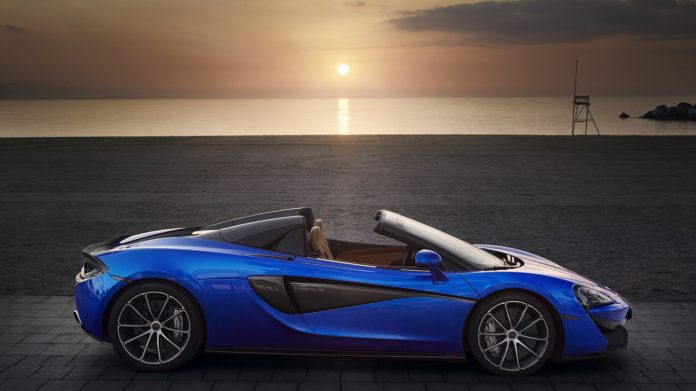 Just yesterday, McLaren released a whole lot of previously unpublished still images and rolling shots of the McLaren 570S Spider which made its first public appearance at the 2017 Goodwood Festival of Speed.

Full sets of incredibly articulate images which were shot in Spain showcases the McLaren 570S Spider in each of its three new colours – the Curacao Blue, Silician Yellow and Vega Blue.

For recap sake, the 570S Spider is the third body style made available to McLaren’s already eye-watering inventory alongside the Coupe and GT shells, utilising the proven retractable hardtop technology found in the McLaren 650S and 675LT Spiders.

Without compromise on structural rigidity and with a mere 46 kg increase in weight over the 570S Coupe, the convertible retains the 0 to 100km/h time of 3.2 seconds and 0 to 200 km/h in 9.6 seconds as set by the 570S Coupe, with launch control engaged.

First deliveries of the hand-assembled 570S Spider in McLaren’s Production Centre will begin in August and the first 400 customers will receive launch edition models to celebrate the success of the 720S launch edition. How much, you ask? A cool £164,750 (RM894k) before options.