When the fourth-generation Renault Megane debuted at the 2015 Frankfurt Motor Show, the full blown Megane R.S. was no where in sight. But early this year, Renault Sports achieved one million followers on Facebook and went on to tease the fourth-gen Megane RS.

Diehard Megane RS fans are in for a treat because Renault Sport has decided to unveil the hot hatch at the Monaco Formula One Grand Prix! It’s revealed that the car will sport a yellow and black livery to mark the 40th anniversary of Renault’s involvement in F1. It will be piloted around Circuit de Monaco by none other than Nico Hülkenberg, Renault Sport F1 race driver.

We know that the Renaultsport-inspired GT variant of the regular Megane is equipped with 4Control four-wheel steering, launch control, Multi Change Down (enables rapid downshift on DCT equipped models) and an R.S. Drive mode. Rest assured that when the Megane RS debuts, we will see even more F1 derived technologies appear on the purebred RS model. After all, it has to better the outgoing Megane RS275 Trophy-R, no?

It will also go on display at the 2017 Frankfurt Motor Show happening in September. TC Euro Cars has the outgoing Megane RS currently on sale and we found it to be a mean machine, so good that it was one of the best cars we’ve driven in 2016. 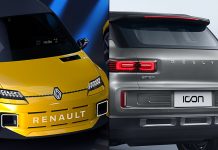 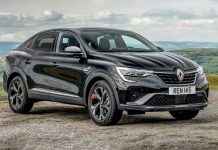