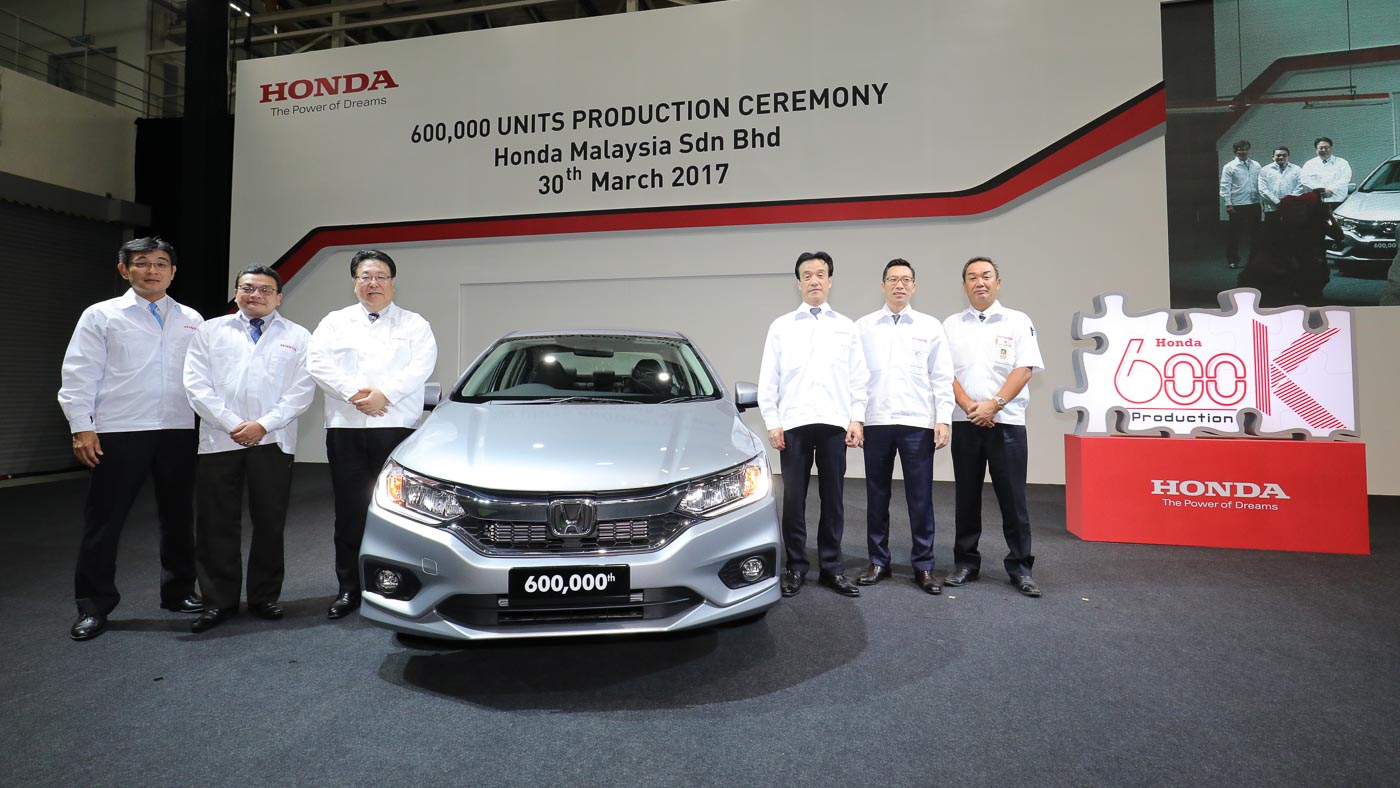 This year can’t get any better for the folks at Honda Malaysia, having to start the year on a high with the launching of the all-new BRV and the Honda City facelift. The company also just delivered the 250,000th Honda City last week.

Today, Honda Malaysia is celebrating two significant milestones – the production of the 600,000th unit in its local assembly plant in Pegoh, Melaka and achieving the 100,000 sales target for the current financial year (1 April 2016 – 31 March 2017).

Honda Malaysia’s local assembly plant started operations in 2003 with only production line No. 1 that made four models: the CR-V, City, Civic and Accord. As demands grew, they expanded production line No. 2. Since then, the plant produced 300,000 vehicles in just three years compared to the 11 years needed for the first 300,000 units.

Today, the plant produces seven models, namely the Accord, Civic, City, Jazz, CR-V, HR-V and BR-V. The only model that is not locally assembled is the luxury MPV Odyssey. Despite the wide variety of cars being put together simultaneously, the plant, which is equipped with some of the most advanced equipment such as Smart Welding Machine, Spray Robots and Under Body Coating, helps to hasten production without compromising precision.

To ensure that every vehicle that leaves the plant meets Honda’s stringent global quality standards, every single car produced is put through a custom-built 2.1 km Test Course that mimics Malaysian roads. This helps engineers to benchmark standards and quality.

The 600,000th car to leave the plant is the facelifted Honda City V grade, finished in Lunar Silver Metallic; a model befitting of the occasion as the City has always been the company’s cornerstone model. It also bears the most popular B-segment sedan title two consecutive years.

Currently, Honda Malaysia is strongly represented by 88 dealerships nationwide, with the latest addition being the RM22 mil, 152,460 sq ft facility in Kelantan. At the rate that Honda Malaysia is growing, would you like to guess as estimate as to when they can achieve the one millionth mark?

Having said that, we would like to congratulate Honda Malaysia for this momentous achievement. Here’s to hoping that they would continue to offer great vehicles for us all.