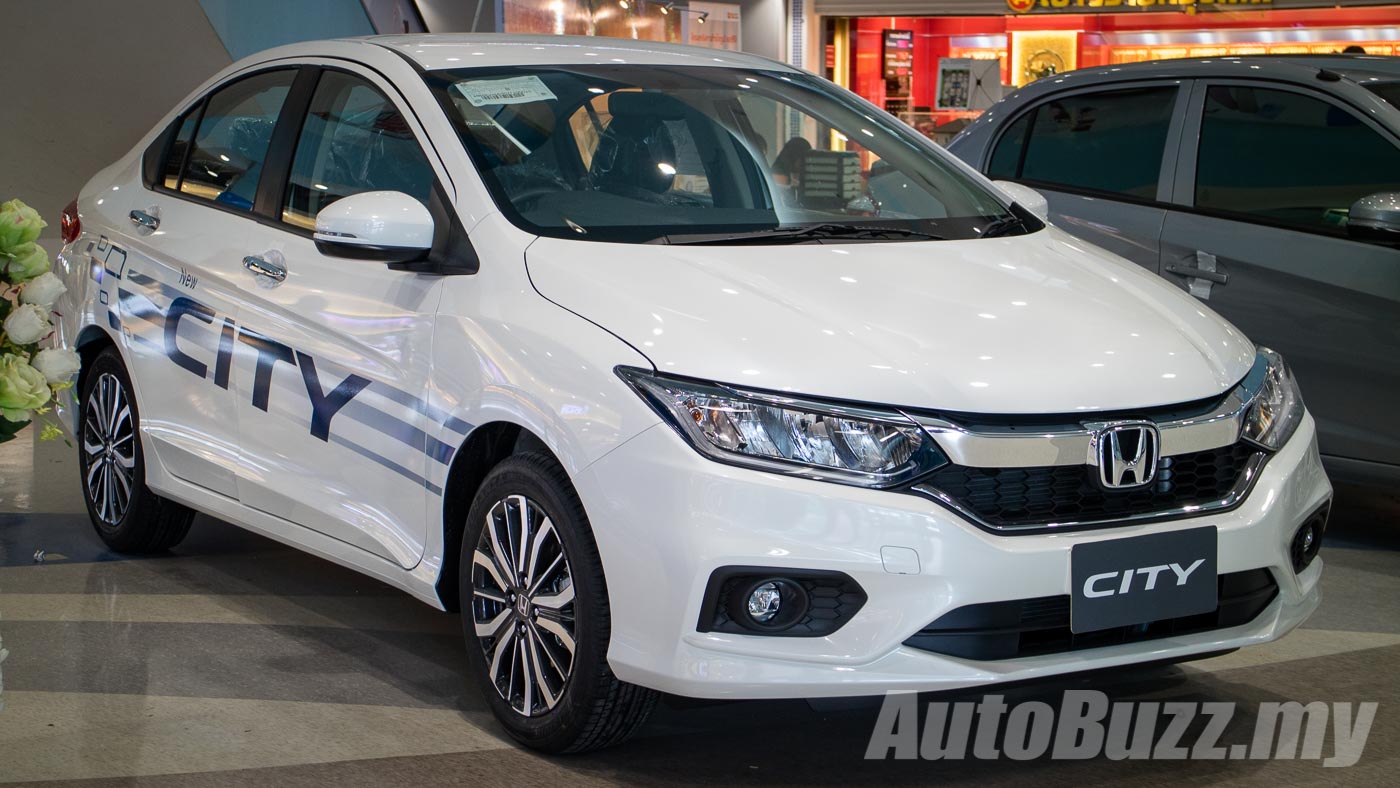 When Honda teased the facelifted Honda City, its gorgeous LED headlamps was the talk of the town. If you feel that the official unveiling didn’t reveal much, then maybe our gallery of the car – shot live from the Land of Smiles – could give you a better impression of the car.

This Thai-spec Honda City is in its highest trim, therefore it gets all the bells and whistles Honda has to offer. The front end receives a revised front grille that is similar to the previous generation Civic FB. Honda’s Solid Wing grille now extends to the headlamp housings just like the Civic FC. Headlamps are now full LED (reflector type) with LED daytime running lights, as are the fog lamps. However, the LEDs are probably exclusive just to the high spec variant, whereas the rest will soldier on with halogen bulbs.

Inside, the interior dittos the pre-facelift model, save for the addition of paddle shifters and darker gunmetal trims. Mechanically, it retains the same 1.5-litre naturally aspirated four-cylinder i-VTEC engine and Honda Earth Dreams Technology Continuously Variable Transmission (CVT) gearbox. The engine produces 119 hp and 145 Nm. Century sprint, if you must know, is completed in 10.6 seconds.

It won’t be long before Honda Malaysia introduce the City facelift to our shores. What do you think, folks? Is this enough to square off against the heavily revised Toyota Vios?