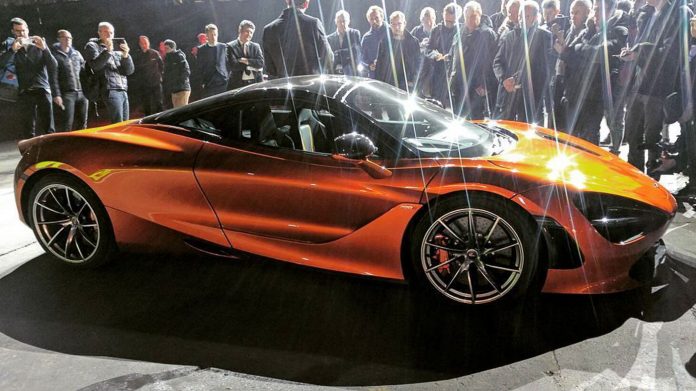 A single image of what appears to be the McLaren 650S‘s successor has just surfaced onto the internet, ahead of its global debut at the 2017 Geneva Motor Show. The long awaited replacement for the brand’s Super Series model is known internally as the P14 and apparently will bear the 720S moniker.

This state-of-the-art McLaren will feature the company’s next-generation carbon fibre monocoque. No technical details are available at press time, but we can safely expect the car to produce around 720 PS, as its name suggests. What else can we expect? The company’s signature dihedral doors, of course. Several clear giveaways are the dual exhaust tips, but the rest remain distinctly McLaren.

While the 650S may be the brand’s second supercar in the Super Series, it was often passed off as a MP4-12C facelift. Therefore, we can’t wait to see what the P14 has to offer and secondly, you can count on McLaren to deliver the more hardcore Long Tail version of this somewhere down the road.