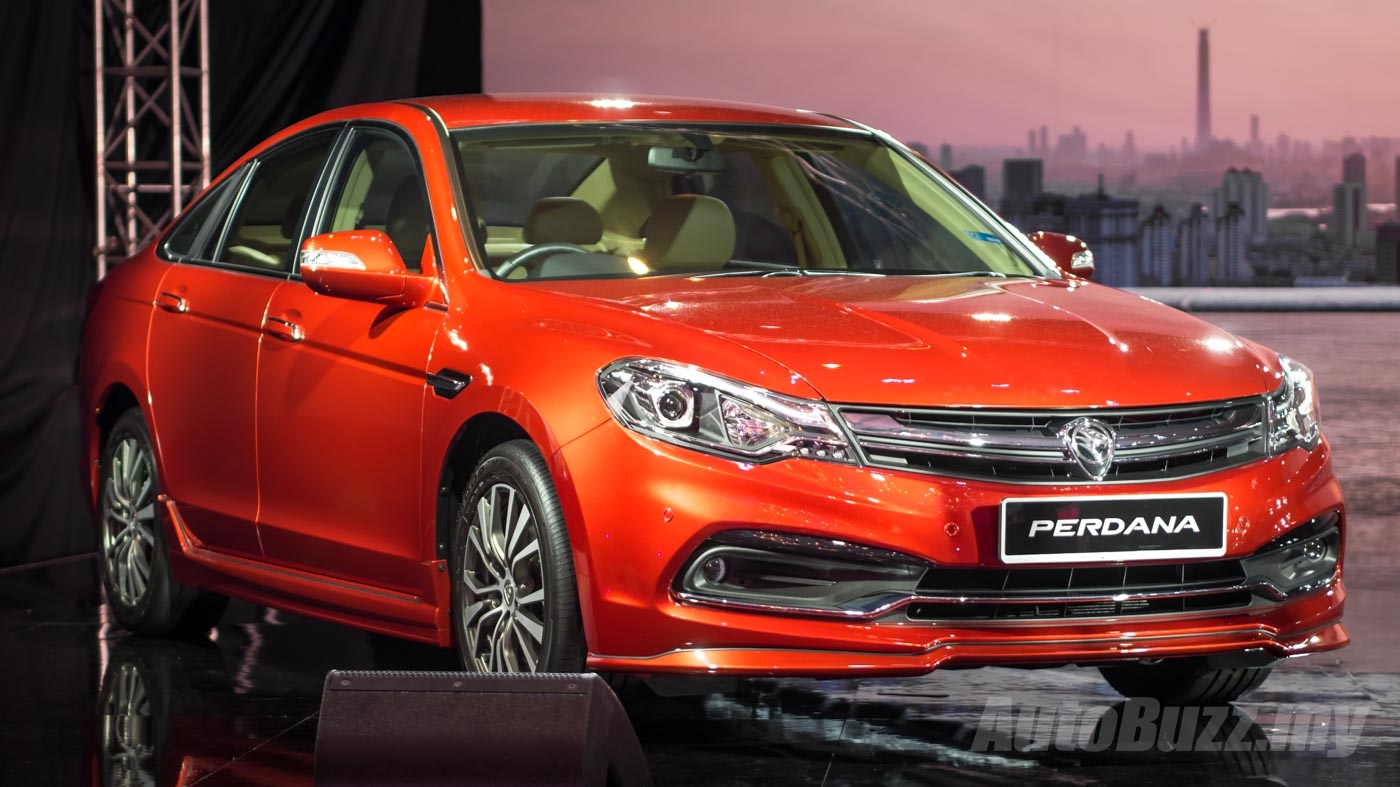 At long last, the veils covering the fourth-generation Proton Perdana have finally been removed. It’s also immediately available at selected showrooms across the nation for test drive, and pricing starts from RM113,888.00 for the base 2.0-litre variant, whereas the 2.4-litre goes for RM138,888.00.

As many of you would have known, the new Perdana is the result of a platform-sharing initiative with Honda Japan Ltd, and its donor car (or rather, the car that it’s based on) is none other than the eight-generation Honda Accord.

(Live video from launch event. We apologize for the video quality due to bad phone reception)

(GC Mah takes you around the new Perdana live from the launch event. However, we apologize for the video quality due to bad phone reception)

Much work has gone into redeveloping the Perdana’s aesthetics. There’s a more distinct separation now from the Accord, and new with it are the front bumper, HID headlights with integrated LED daytime running lights (the 2.0L gets halogen projector headlights), halogen fog lamps, single horizontal chrome grille, sleek LED combination tail lamps and shark fin antenna.

The entire rear section of the car (from the C-pillar onwards) is completely new and redesigned wholly by Proton engineers and designers. It’s got a new silhouette thanks to the sloping rear, and completing the whole package are the rear bumper (body painted) and newly designed 17-inch wheels, shod with 225/50 series tyres. The 2.4L is the only variant to come with full bodykit, though.

Here, the cabin remains largely the same as the Accord. It’s got the same dashboard with two screens, now featuring a locally-sourced GPS navigation system (only for the 2.4L variant). The base 2.0L trim is finished in a mix of black fabric and leather upholstery, whereas the more expensive variant can be had in beige, full-leather seats.

Standard equipment for both variants almost mirror each other, which is a good thing. Shared between the two are leather wrapped multifunction steering wheel, dual zone climate controls, 8-way powered driver seats, 6.2-inch touchscreen head unit with Bluetooth, CD, USB and auxiliary connectivity, six-speakers (the 2.4L gets an extra subwoofer) and cruise control.

Here, it’s same old, same old. The 2.0-litre unit is identical to the Accord’s, pumping 154 hp and 189 Nm of torque. The larger 2.4-litre motor belts healthier numbers – 178 hp and 222 Nm of torque. Both engines drive the front wheels through a five-speed automatic gearbox. The chassis, suspension and hydraulic power steering are all carryover components, with the front axle getting independent double wishbones and a multilink setup for the rear.

Things also don’t vary much here between the Perdana and its donor car. Both variants get four airbags as standard, ABS with EBD, auto headlamps, front and rear parking sensors as well as reverse camera. Electronic Stability Control is absent in the 2.0L, but comes with the 2.4L.

As of today, about 900 units of the Perdana have been booked, and Proton aims to shift 3,000 units by the end of this year. There is a total of six colours offered with the Perdana. They are Sterling Silver, Graphite Grey, Cotton White, Midnight Black, Citrine Gold and the Perdana’s champion colour – Ruby Red.