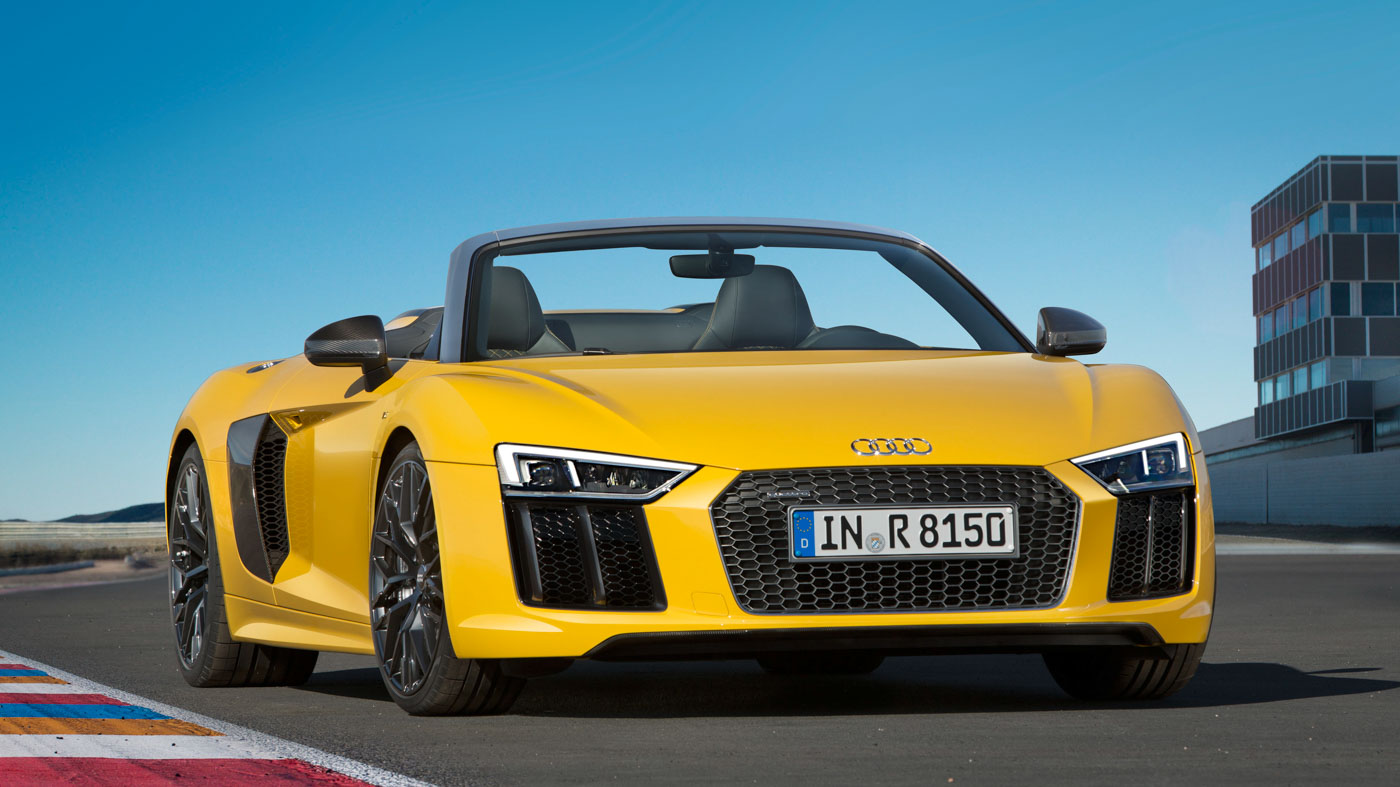 The second-generation Audi R8 has just received a convertible version with the unveiling of the R8 Spyder V10 at the New York Motor Show. This topless variant is basically identical to the coupe, apart from the canvas roof.

Just like its predecessor, this new R8 Spyder utilises the fabric roof design which weighs 44kg. It folds mechanically in 20 seconds and can operate at speeds of up to 50km/h. The R8 Spyder weighs also weighs 113kg lighter than before – now at 1,612kg, thanks to more liberal use of carbon-fibre within the ‘spaceframe’ body.

However, it still is heavier than the coupe by a margin; 125kg to be exact. For those who don’t seem to mind much, the convertible experience should well make up for the weight gain. Torsional rigidity on the other hand, has been improved by as much as 50 percent over the old model.

Nothing much has changed on the mechanical side of things, though. It retains the same naturally aspirated 5.2-litre V10 engine that pushes 540 hp and  540 Nm of torque. A more powerful V10 Plus variant is somewhere in the pipeline, and that variant makes 610 hp and 560 Nm of torque. The S-Tronic dual clutch gearbox is also retained, so it sprints from nought to 100km/h in 3.6 seconds. It’s ever so slightly slower at the top end – just under 2km/h down from the coupe’s 318km/h top speed.

Inside, Audi’s Virtual Cockpit is also available in the R8 Spyder. The second-generation Audi R8 will be arriving in Malaysia sometime this year, so stay tuned!