While 2015 has been a roller coaster ride for the Malaysian automotive industry, Perodua became the biggest beneficiary among auto manufacturers in this country. Not only have they surpassed the 200,000 sales mark in 2015, but they also became the country’s leading automaker for the tenth consecutive year

Perodua President & CEO, Datuk (Dr) Aminar Rashid Salleh said, “Last year (2015) was a very challenging year for us with the implementation of the Goods and Services Tax; the weakening ringgit as well as the slump in oil prices having a big impact to the country’s economy.”

He added that the challenging economy had caused many customers to scale down their purchases to more affordable cars. With that, the Axia, launched in 2014, met their requirements which contributes to 99,700 units or 46.7 percent of Perodua’s sales last year. Perodua also scored a market share of 32 percent based on its Total Industry Volume (TIV) estimation of 667,000 in 2015.

Despite that, Perodua’s profit dipped due to the volatile Ringgit, and this is because the company imports about 8 to 10 percent of its components.

However, the optimistic CEO targets to sell 216,000 units this year, despite Frost & Sullivan‘s prediction stating that vehicle sales in Malaysia will decline by 1.44 per cent year-on-year to reach 648,000 units in 2016. The second national car maker will rely on strong sales and marketing efforts as well as further improving its customer experience through all its sales and service network to continue strengthening its position.

The increase of sales also led to a new record for its after sales business. Last year, there were 1.96 million intakes, an increase of 2.3 percent, from 1.92 million intakes in 2014. As of December 2015, Perodua has 181 sales and 190 service centres nationwide.

While other manufacturers have already resorted to raising car prices, Perodua chose not to follow suit in the near term. However, the company will proactively observe the forex exchange and will review their pricing strategy when needed. Last year, Perodua increased the price of the Axia G variant for RM1,500 in order to add the ABS.

Despite that, Perodua will not rest its laurels in 2016, with stiffer competition and market liberalisation are among the new challenges. Also, the company is working closely with Daihatsu and Toyota with an upcoming compact saloon model based on the Buddyz concept unveiled in KLIMS 2013. 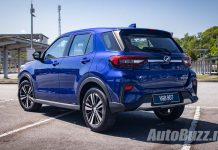 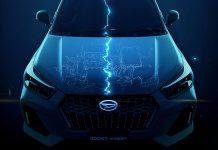