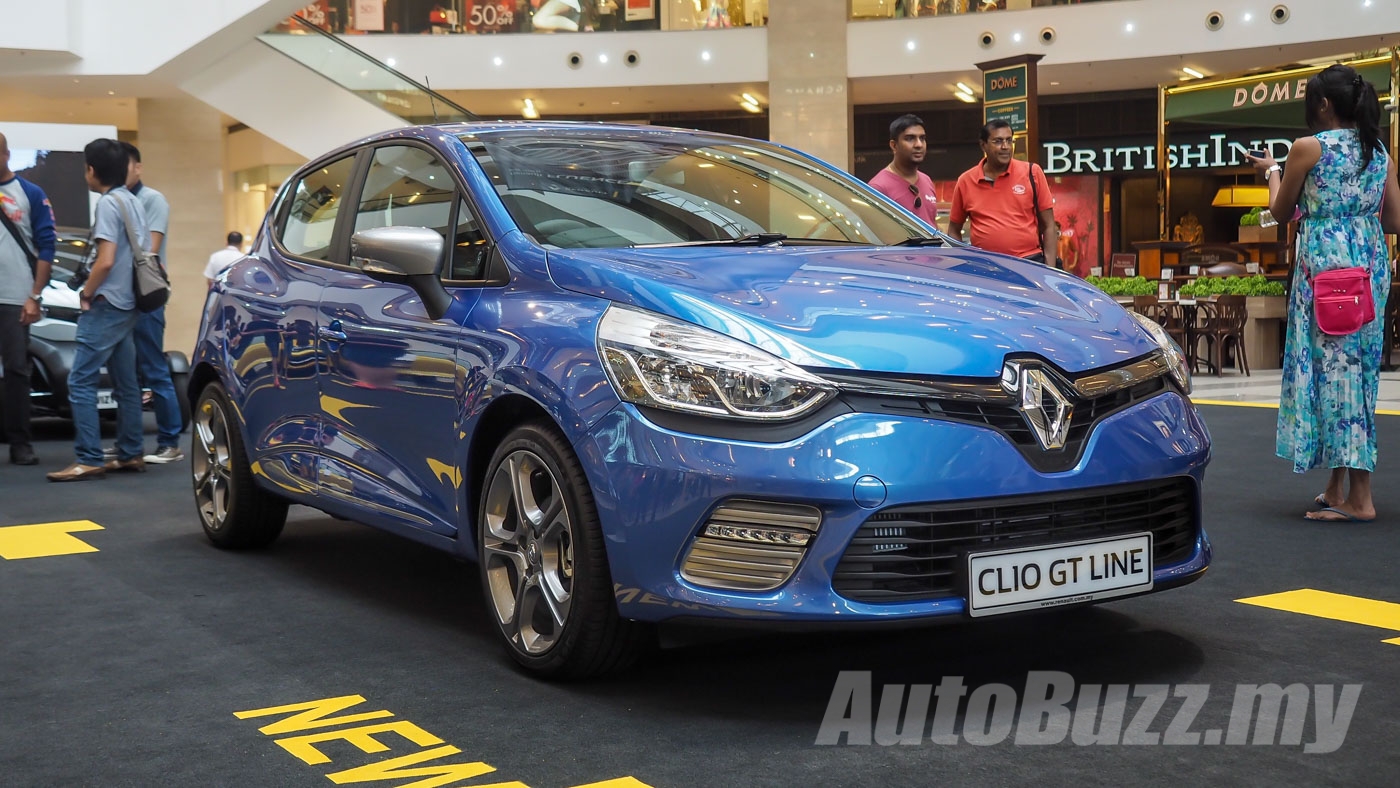 TC Euro Cars, the sole franchise holder for Renault cars here in Malaysia, has officially released the newest entry-level model to the French brand. The Clio GT Line is designed specifically for customers who wants a little spice to their ride but not the full blown RS flavour. Seems fitting, then.

The Clio may not be the first name that pops right into mind when we Malaysians think of small, funky runabout compacts. Chances are the Fiesta or Polo came screeching straight to mind. But in continental Europe, it’s a another affair altogether. In the 24 years that the moniker has been in existence, over 12.5 million units have gone flying off the shelf.

The French compact has done a fair bit of growing up and evolved as time progresses. It now follows in the footsteps of the Renault family’s new face, while bearing the most resemblance to the outgoing Megane. The front fascia does have a striking yet aggressive stance to it, and it means business.

The large badge sitting smack-dab in the middle of the grille is one very telling sign that it’s a Renault. Its headlights are the same as the steroidal RS, and are halogen powered. Along the sides though, the same touch is apparent. Large chunky 17-inch alloy wheels that’s wrapped around 205/45 Michelin Primacy 3 rubbers finish off the look. But not before you realise that the rear doors haven’t any door handles. Can you spot them?

Round the back, the Clio carries most of the RS’ looks, save for the lower recess which is finished in a contrasting gloss grey colour. The tail lights are identical, but over here you only get a single exhaust outlet and a GT Line badge to cap off its look.

Ergonomic springs immediately to mind here. Well placed buttons on the dashboard and centre console give the Clio its driver-centric feel that the exterior has been bragging about. Bearing in mind that the Clio is a compact car, it does give you a nice cosseting feel to it. Aside from that, it does give off the vibe of being tuned in to the modern times we’re in.

A quick rummage around and you discover upon an ECO button located near the parking brake that is said to improve fuel efficiency by up to 10 percent. The seats are upholstered in fabric while a leather wrapped two-tone-esque steering wheel greets you. Before climbing in, you would have noticed the Renault Sport-badged sill guards that are offered as standard on the Clio.

Under the bonnet of this  Clio GT-Line features the company’s Turbo Control Efficiency or TCe 120 engine – a four-cylinder engine with a turbocharger, delivering performance figures equivalent to that of a naturally-aspirated 1.8-litre engine. Or at least that’s what Renault is saying. The 1.2-litre unit kicks out 118 hp at 4,900 rpm and 190 Nm of torque.

Mated to the engine is a six-speed Efficient Dual Clutch (EDC) transmission which will propel the Clio from 0 to 100 km/h in 9.4 seconds. At the same time, this spirited yet frugal engine also offers fuel efficiency of up to 5.2 litres per 100km, equivalent to CO2 emissions of 120g/km. The Macpherson-type front suspension is linked to a right-angled triangular lower wishbone with twin bushes. This configuration delivers better road holding, more responsive handling and better steering precision.

The rear suspension setup is comprised of a programmed-deflection torsion beam with coil springs and an anti-roll bar to optimise cornering stability. Effective shock absorption is assisted by bump stops made from polyurethane. All of these means that the Clio delivers a sporty drive without being uncomfortable. On the face of it, the Clio is paced to take the 1.2-litre VW Polo head on.

The sporty five-door hatchback will be available in four colours – Malta Blue, Diamond Black, Glacier White and Flame Red – this paint job costs RM5,000 more, by the way. Like all Renault passenger cars, service intervals for the Clio are 10,000km or six months, whichever comes first. It also comes with a five-year unlimited mileage manufacturer’s warranty, which unlike other new vehicle extended warranties, is fully-backed by Renault for enhanced ease of ownership as there are fewer complications with terms and conditions.