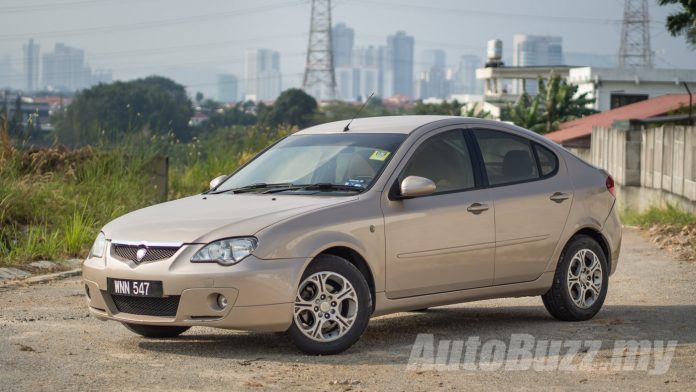 Goodyear has recently launched its newest line-up of tyres that drips with cutting-edge technology and with environment preservation planted firmly in mind. It’s also a set of rubbers that are easy on the wallet, robust and extremely reliable. And best of all, these tyres are specifically designed for small to mid-sized cars, generally for those who preferring value over anything else.

So, what makes these DuraPlus tyres stand out among the rest sitting on the rack? It’s laden with technology, for starters. Goodyear has collaborated with the geniuses over at DuPont who have invented and perfected Kevlar technology. Instead of stopping lead in its track, it’s used here to give tyres better protection and durability. It’s also an improved version of Goodyear’s proprietary TredLife Technology.

To that note, these set of tyres are good for a mighty long road trip. Not just any trip might we add, but one that will take you around the globe two and a half times over! That’s a trip clocking close to 100,000 km! In proving just how durable these tyres are, Goodyear Malaysia has rolled a set of these DuraPlus Assurance rubbers our way and had them fitted on a daily-driver Proton Gen-2.

Fitment was pretty straightforward with balancing and alignment checks done to ensure it sits evenly. The dimensions of the rubber in question here is 195/60 R15. As you would have noticed, we’re testing 60-Series (standard Gen-2 tyres are 55-Series) tyres, which provides a great amount of comfort while driving at lower speeds. Driving under heavy downpours proved to be a breeze, thanks to the deep-cut grooves that does an excellent job of channeling water and preventing aqua-planing.

Given the unpredictable conditions of our local roads, the tyres may at times feel rigid in terms of ride quality. Now, this is largely down to the extensive use of carbon and Kevlar compounds that line the innards of the tyre, both of which lend their hands toward durability and the 100,000km lifespan. Thanks to that, the tyres allow for more wearable rubber. In combating rigidity, reducing the air pressure ever-so-slightly to 30 PSI does the trick and lets you enjoy the more comfortable side of the tyres.

Whilst providing commendable levels of comfort, 60-Series tyres are rather ‘fat‘ and when turning lock-to-lock, it does rub against the inner wheel well guard. In terms of handling, the DuraPlus Assurance tyre has a Traction rating score of an A, which copes well despite its series-rating. That being said, it does float into the corner at higher speeds and due to amount of give in the sidewall, there is much play in steering feel while cornering. A noticeably loud tyre roar has been observed at higher speeds. Again, this is attributed to the nature of hard compound tyres, so give and take a little.

Interestingly, the makers of Assurance DuraPlus give their customers a peace of mind, knowing that the rubber is covered by Goodyear Malaysia’s Worry Free Assurance Programme. The Assurance DuraPlus is the sixth Goodyear tyre range to be included within this programme, which protects the tyres from nasty road hazards such as puncture, cuts, bruises and impacts caused during the course of normal driving on regularly maintained road for a period of six-months after purchase.

Domestically, for the majority demographic of cars on the road, Goodyear is offering the Assurance DuraPlus in two sizes – 14 and 15 inches diameter. Goodyear retails them from between RM226 to RM325 inclusive of GST. You can now purchase the Assurance DuraPlus tyres at any Goodyear Autocare or Servitekar outlets, as well as authorised Goodyear dealers nationwide.

As for us, it’s quite the case of so far, so good. The tyres will be monitored for the next 6 to 12 months on tread wear as well as performance. It has been four weeks since the tyres have been in service and has clocked well over 1,500 km. More updates on the progress of these rubbers will come soon, so stay tuned!