Revealed as the Urus Concept at the Beijing Motor Show back in 2012, Lamborghini has officially announced that their sharp SUV is slated to go on sale in 2018. While that may seem a long time to wait, it is necessary for Lamborghini to prepare their plant in Sant’Agata for a major expansion to support the upcoming addition to its range of performance vehicles that currently consist of the Huracan and the Aventador.

“This is a proud moment for everybody in Lamborghini. The introduction of a third model line endorses the stable and sustainable growth of the company and signifies for us the beginning of a new era.”, said Automobili Lamborghini President and CEO Stephan Winkelmann.

While the final product might look different from the Beijing concept, the Urus gave us a hint of what a Lamborghini SUV could possibly look like. Lamborghini has envisioned a sleek four-seater, four-door SUV with the promise of sharp handling and dynamic drive, while under the skin is said to be a powertrain derived from the close cousins under the VW Group empire.

Stephan Winkelmann added, “The new SUV will be made in Sant’Agata Bolognese, demonstrating our commitment to safeguarding the values of ‘Made in Italy’ worldwide.”

Looks like the high-end SUV segment will be hotly contested, as other brands such as Maserati, Bentley, and Jaguar are also tipped to introduce their SUVs in the near future. Kim Kardashian turns her Lambo into a lamb 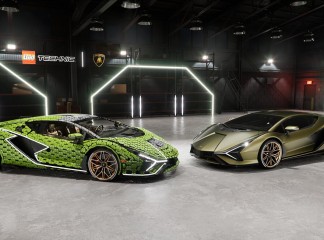 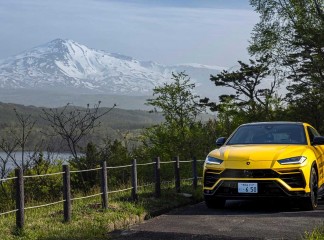 Lamborghini took the Urus 6,500km across Japan and returned with incredible pictures!