There’s a new truck in town, and it’s none other than the long-awaited 2015 Mitsubishi Triton. This model was launched in Thailand last November and will replace the outgoing Triton facelift introduced in March last year. You can also catch the pickup truck encased in a box for display in Mid Valley Megamall from today till Sunday.

This fifth generation pickup’s local debut will take place sometime in May, and Mitsubishi Motors Malaysia (MMM) has opened the order books in all dealers nationwide. All new Tritons are fully imported from Thailand, and there will be a total of five variants to choose from. Prices range from RM71k to RM114k, including insurance and GST. The variants that we’ll be getting are as per the table below:

Underneath the hood is a familiar motor – the same 2.5-litre Variable Geometry Turbo diesel, but it has been tuned for better performance. It now makes 176 hp at 4,000 rpm and 400 Nm of torque from 2,000 to 3,500 rpm, a 50 Nm bump from the same engine before. The Triton also boasts several first-in-class features such as push-start ignition, keyless entry, HID headlights with LED DRLs, tilt and telescopic steering wheel and get this – paddle shifters. If that wasn’t enough, the Triton also boasts a best-in-class drag coefficient of 0.42.

For those interested to see the truck in person, it will go on a nationwide tour (East Malaysia included) at the locations below: 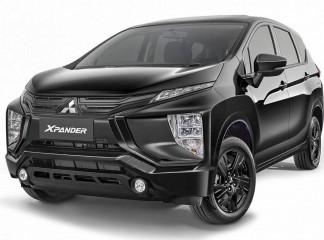 This special edition Mitsubishi Xpander in Indonesia comes with a Rockford Fosgate subwoofer! 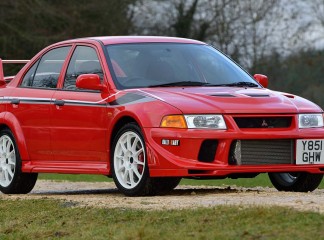 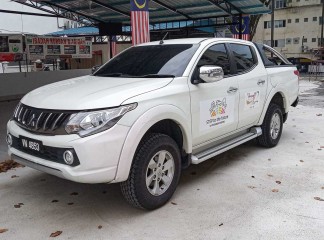