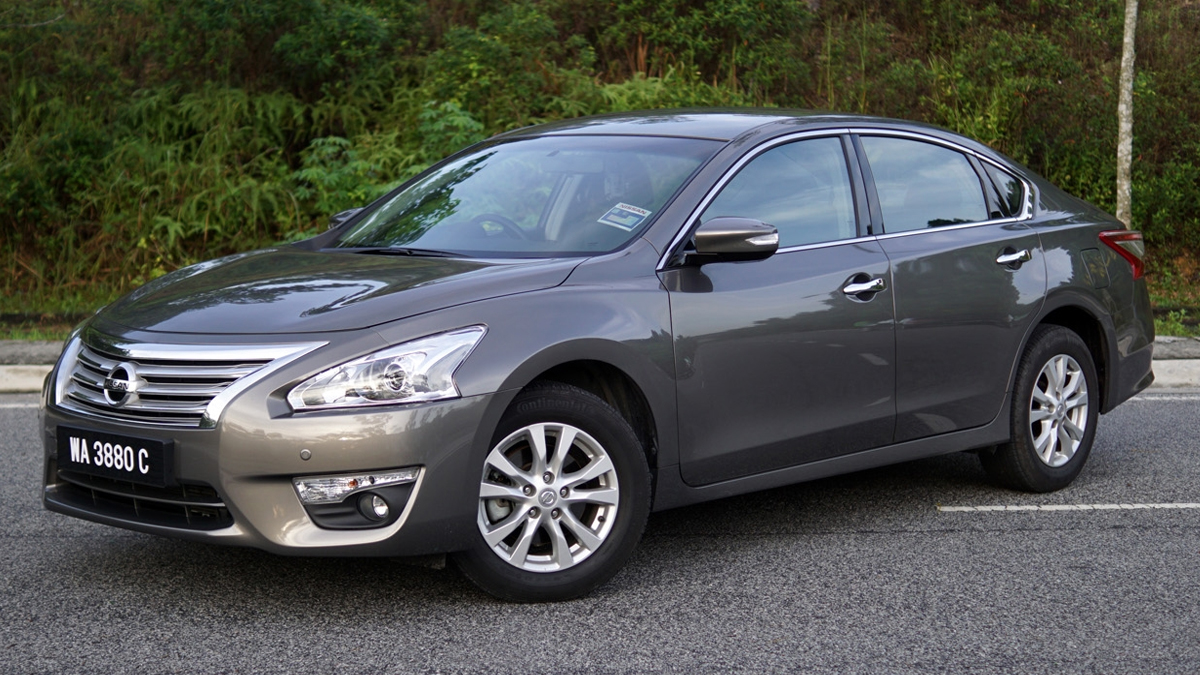 There seems to be this trend where car manufacturers are jazzing up their un-sporty vehicles to attract buyers while at the same time aiming to instil a more exciting persona to the brand. This affects everything from the tiny city runabouts all the way up to the large trucks with their less than necessary bodykits and exposed exhaust tips.

Even the D-segment sedans are not spared. Usually associated as the choice of boring uncles, most of the D-segment sedans have been given a shot of joie de vivre thus making them flashier than before. Nissan‘s latest foray in the D-segment is slightly different in this case, going for a more restrained and not-as-sporty approach on the Teana. This second-generation L33 Teana is not trying to be sporty but there’s a subtle amount of dynamism in the design if compared to its predecessor.

Launched here in June 2014, the L33 Teana range consists of two 4-cylinder engines, displacing either 2.0-litre or 2.5-litre in capacity. The 2.5-litre engine is reserved for the top-spec XV, while the 2.0-litre can be had in two trim levels, XE and XL with RM 10,000 worth of equipment separating them.

Even in the base XE form the Teana is fitted with numerous safety features that include 6 airbags, ABS with EBD, VDC with TCS, and Active Understeer Control, enabling it to bag 5 stars in the ASEAN NCAP crash test. We’re testing the higher-specced 2.0-litre variant, the 2.0 XL to find out what Nissan’s large sedan costing just below RM 150k mark has to offer.

Unlike the previous generation J32 Teana, the L33 Teana has curves incorporated into the design, resulting an appearance akin to a floating cloud. The flowing curve that starts from the nose melds in smoothly with the crisp shoulder line before rising and falling gently towards the back.

Chrome is used moderately on the large front grille, side window frames, door handles, and on the rear number plate garnish; where it also hides the reverse camera. Amusingly there’s a couple of exposed tailpipes peeking out from the rear bumper, but at least you have to give credits to the designer for trying.

LED is used in the pointy taillights and for the turn indicators on the side mirrors but you won’t find any LED daytime running lights at the front. What you get is a pair of halogen headlamps, a pair of foglamps and the position lamps that’s located down below with the turn indicators.

With such graceful appearance, dare I say that the Teana could even pass as Nissan’s posher cousin, the Infiniti. In spite of that, the only fly in the ointment is that the Teana looks disappointingly under-wheeled on those 16-inch alloys. Oh well, nothing more than a quick trip to the tyre shop for an inch up or two to the wheels to fix that, no?

The seats in the Teana are supremely comfortable because apparently; I kid you not, Nissan calls them the “zero-gravity inspired seats” derived from NASA technology that reduces fatigue over longer drives. The driver’s seat doesn’t contain memory function, but it still adjusts electrically and the seat base rises absurdly high enough for the vertically-challenged to feel like they’re on cloud nine.

The interior is well put together except for some materials that feel cheap, particularly the hard plastic covering the top of the dash. The shiny plastic trim with a pattern that resembles fish scales tries to lift the cabin’s atmosphere but there’s nothing much to distract you from your driving. The controls for the dual-zone climate control and the infotainment system are simple to use, and it even has full keyless push start button.

The steering steers away (no pun intended) from the trend of excessively thick rim that you may find in some rival D-segmenters. It’s also free from shift paddles, although S mode can be selected from the gear selector. The instrument binnacle houses a pair of sharp and clear dials flanking a 4-inch Advanced Drive Assist Display that shows various vehicle information including the ECO indicator.

Rear passengers get aircond vents and generous legroom but not so much headroom. Under the fold-down center armrest is a couple of cupholders and nothing else, however the backrests do split and fold 60/40. Storage space is fine in the cabin which includes the lockable glovebox and the two-tiered compartment under the front armrest, although the door pockets are on the small side, especially at the back.

The boot is huge at 516 litres but the finishing is patchy with some exposed metalwork and the use of fabric straps to fold down the rear seats’ backrests. Furthermore, it’s lacking useful compartments or dividers for smaller items, and a grab handle on the inside to prevent your hands from getting dirty upon closing the boot.

I’m a fan of Nissan’s creamy 6-cylinder engines (okay, not only Nissan’s, but any other 6-cylinders), but I didn’t expect their 4-cylinder to be this smooth and quiet. It’s surprisingly refined and barely audible at idle. Paired to a Continuously Variable Transmission (CVT), the power delivery is gradual without any sudden burst of power usually associated with force-inducted engines.

With 134 hp and 190 Nm of torque produced by the normally-aspirated 1,997 cc engine, Nissan didn’t release any official 0 to 100 km/h or top speed figures but it’s safe to say they’re sufficient for the daily routine. The Teana is not equipped with stop/start technology, but there is an ECO mode to help conserve the fuel usage.

The Teana feels very easy to thread along around town thanks to the electric-hydraulic steering that requires minimal effort from the driver. Even if the fact the Teana feels large from behind the wheel, the light steering with small turning circle makes it easy to position the car where you want it to be. The inclusion of the front and rear sensors help with the parking duties, and the reverse camera further alleviates the fear of crunching the rear bumper.

Despite looking under-wheeled, the combination of the tall 60-profile tyres with the well-tuned suspension soak up the road’s crookedness like a sponge. The Teana comes with multi-link rear suspension, but it is not a car that you would want to carve the mountain roads. When thrown into the bends the Teana handles them adequately with minimal body roll, but realistically the Teana is more at home on the highways where the car’s relaxed and demure nature is ideally suited to.

Long highway journey is a soothing experience for both the driver and passengers. Apart from the cosseting “zero-gravity inspired seats”, it’s also pleasantly serene inside the Teana’s cabin and there’s hardly any wind noise while cruising at 110 km/h. The XTRONIC CVT goes well with the comfort-oriented package, and it’s best for you to let the transmission do its own work rather than disturbing it by slotting the lever in S, where it only makes the engine scream louder.

To fully appreciate the Teana’s laid-back attribute you should drive it in ECO mode, where the muffled throttle response transports the car in dignified manner. In return you should achieve around 7.4 l/100 km figure, or even better than that if you’re a frequent highway user.

To those of you who are looking for a nice comfortable car to get from point A to point B, the Teana might suit your requirements especially if you regularly spend most of the time traveling on the highway. In terms of excitement there’s really nothing to be said about the Teana and on the technology front it doesn’t offer much either, but the Teana should make a strong case as a company car or for those who seek for an uncomplicated car draped in an elegant styling. If you can live without powered leather seats, Bluetooth connection, and reverse camera, you can save yourself ten grand by opting for the XE variant too.

Apart from Nissan, fellow Japanese manufacturers are also pitting in their D-segment sedans with a similar format. What we have here are all powered by a normally-aspirated 2.0-litre 4-cylinder engine driving the front wheels. Their physical size and price doesn’t stray far apart from each other too.

The Teana produces the least amount of horses at just 136 hp, followed by the Camry with 10 more horses, while both the Accord and Mazad6 produces 153 hp. The 2.0-litre 4-cylinder in the Mazda is also the torquiest with 200 Nm which is up to 10 Nm more than the other three contenders. Only Nissan pairs its engine with a CVT while the others choose the automatic way, 6-speed in the Mazda, 5-speed in the Honda, and an archaic 4-speed in the Toyota.

Equipment wise, all four sedans offer leather upholstery, powered front seats, reverse camera, cruise control, push start button, dual-zone climate control as standard. In terms of safety, each car is equipped with ABS, EBD, and traction control; and the Nissan and Mazda leads the way with a total of six airbags while Honda and Toyota are still lagging behind with just two front airbags.

The Teana is one of those cars with that calming effect where you can leave your worries behind and revel in the sheer tranquility it has to offer. Although I do enjoy a nice long cruise once in awhile I still prefer a car that is also able to deliver something more than just that. The Teana is a pleasant car to drive but maybe a better car to be driven in. 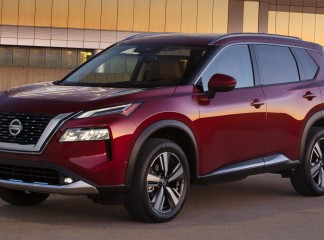 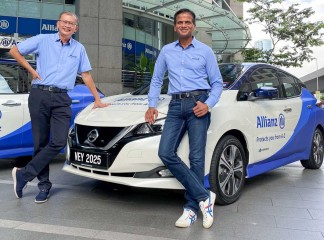 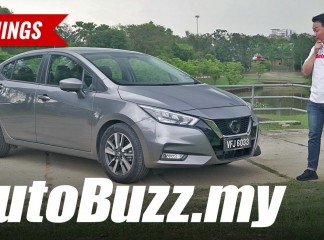