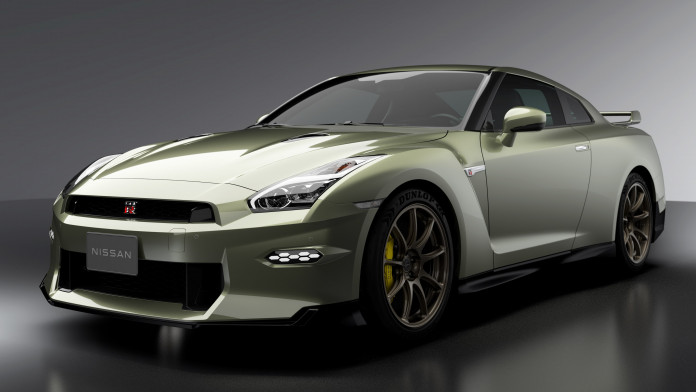 Nissan has unveiled the new facelift Nissan GT-R for 2024 and it’s set to go on sale in the summer of next year. The GT-R is now in its 17th year of production since its first debuted in 2007.

With the new facelift model, the front end looks less busy than before; with a revised front grille design, thinner mesh for the front grille, additional creases on the front bumper and new surrounds for the daytime running light surrounds. At the rear, the GT-R receives a new lower bumper trim, along with F1-styled brake lights at the centre of the rear bumper.

The GT-R T-spec, on the other hand, features GT-R Nismo carbon-ceramic brakes, gold-painted version of Nismo’s 20-inch RAYS forged wheels, and wider front fenders. The T-spec is also decorated with special badging inside and out and finished with dark Mori Green upholstery.