Home Features Carlos Sainz: Ferrari and Shell work together like no other team in... 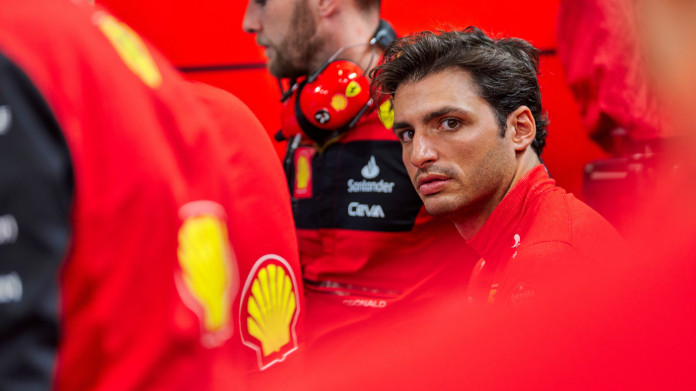 The 2022 Formula 1 season is just about to wrap up, with both the Championships already won by Max Verstappen and Red Bull. For Ferrari, even though they did not manage to clinch the title this year, it was still a huge step forward for the team in terms of performance, which they remain hopeful will continue for a bigger championship challenge next year.

But winning an F1 championship takes more than just a fast car. It takes the right strategy calls, some luck, and for Ferrari – the right partner in Shell. Most Formula 1 fans know of the iconic relationship between Shell and Ferrari, which dates back all the way to the 1920s. What you might not have realised, however, is that Shell is much more than just a sponsor to Scuderia Ferrari.

As partners, Shell also develops and supply the fuel and oil that the cars use on track. But how big of a role does a partner like Shell actually play in a Formula 1 car’s performance? We caught up with the two Scuderia Ferrari drivers, Charles Leclerc and Carlos Sainz, before the Singapore GP to find out.

The full transcript of the roundtable interview is below:

How does it feel like coming back to Singapore after three years?

Charles: It feels good! Singapore is one of my favourite tracks; my favourite tracks in general are city tracks, so Baku, Monaco, and Singapore, and we were missing Singapore for three years, so it’s good to be back. It’s a bit less warm than three years ago, I feel, which is also quite good for us in the car [laughs]. I’m looking forward to getting back on track tomorrow.

Each race has its own set of challenges. Beyond practice and training, do either of you have a personal ritual before any race?

Carlos: Well I think we all have a bit of a routine, you know, [whether we] call it a ritual, routine, or plan that we go through. For me, it consists of a 10-minute warm-up, 5-minute mobility [stretches], and depending on the race, I go into the ice bath.

Normally when the race has an ambient temperature of about 25 degrees [Celsius] or higher, that’s when I do the ice bath, where I feel like it gives me a bit more of a fresher body, fresher mind for the race; lower core temperature.

There is an incredible amount of engineering that goes into the development of F1 cars. But aside from the cars, how closely does Shell work with Scuderia Ferrari to formulate the perfect blend of fuel?

Charles: Very close. We are always in direct contact with Shell, and even throughout the weekend with our engineers. The whole weekend, there are always exchanges on what we need and want, and then Shell will try to modify [the formulation] a little bit. And then obviously the bigger development where you go from one year to another, which the engineers will ask us exactly what we want, and Shell is always here to help and assist us in getting the performance that we need.

This year was a big change, we got more ethanol in the fuel – 10% – which is a big change for Formula 1. And thanks to Shell, we managed to keep the same amount of performance, whereas most of the other teams have lost a bit of performance. So yeah, it’s a good step forward.

Carlos: It is probably something that nobody knows, or nobody expects, because it’s quite incredible that Shell Racing fuel for F1 contains 99% the same types of compounds as the fuel offered at Shell stations. For me, knowing that, I have no doubt now every time I am at home I make sure that I only use Shell.

What is your personal opinion on the shift to more advanced sustainable fuels in F1? Does having Shell as Innovation Partners, who specialise in lower carbon fuel research and development, give you and the team confidence knowing that you can keep performing through new regulation changes whilst trying to decarbonise the sport?

Thanks to Shell, we get to work together on – obviously in Formula 1 – performance, but also the sustainability project that is coming into play in the sport. There’s been the first step in that direction already, but in the future there will be much bigger steps, and I’m really looking forward to trying that.

RELATED: You can now use Touch ‘n Go RFID to refuel at 88 Shell stations in Malaysia – No phones required!

What do you think Shell and Scuderia Ferrari does differently to ensure the long-term partnership continues?

Carlos: I think we have a synergy, and we work together like no other team does in Formula 1. It’s not only about the sponsorship, it’s about partnership and how you can work together to extract the maximum performance of the car.

For us, for example, we have two people from Shell at the racetrack, in a special laboratory that they bring to every race to take samples of the oil and fuel that we use in every session and run – doesn’t matter if it’s one of five laps. The Shell engineers will take the fuel to sample and analyse it, to make sure that the fuel and oil is at the right level to give us more performance and reliability, which gives us – I think – an edge over the competition.

Charles: It means everything. Ever since I was a kid, I’ve dreamt of one day being a Formula 1 driver, but most specifically a Formula 1 Ferrari driver. It’s just something that every driver wants in their career, and we are extremely lucky to both be in that situation.

Driving for Ferrari, it feels incredible when, wherever we go, we have so much support [from the fans], but we also feel the responsibility of trying to bring Ferrari back to the absolute top. It’s been a big, big step forward from last year to this year in terms of performance, and I really hope that we’ll continue in that direction, and hopefully have a world championship very soon.