Home News Users should be given payment options at toll booths, says PM 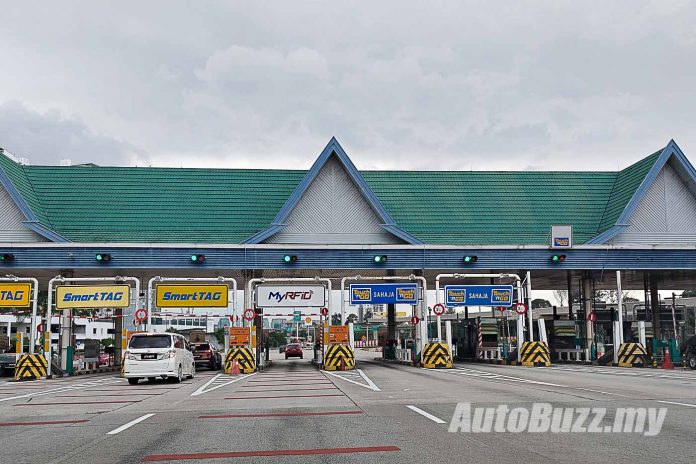 Users of the North-South Expressway (PLUS) were finally able to use their RFID tags for toll payments at the start of this week. However, many new tags could not be read or detected, causing unprecedented traffic congestion at the toll booths.

Frustrated road users thus vent their negativity at PLUS which had seemed to remove the SmartTAG lane and replaced it with the RFID lane. While the majority of the toll booths operated by PLUS in greater Klang Valley are large and able to cater to the three payment methods of Touch ‘n Go card, SmartTag/e-tag and RFID, smaller toll booths will only offer card and RFID lanes.

As such, road users are further infuriated that PLUS is viewed as “forcing” consumers to fit the unreliable RFID tag that is priced at RM35 apiece.  With the uproar by road users, Prime Minister Datuk Seri Ismail Sabri Yaakob said consumers must not be forced to switch to RFID payment with the reduction in the number of lanes for other options.

RELATED: You can now refuel at Shell stations with an RFID tag! More on this here!

“We (the government) don’t want to pressure the road users. While RFID is good, road users should be given the freedom to choose to use RFID, Touch ‘n Go card or SmartTAG,” said the PM in a report by Bernama. Datuk Seri Ismail Sabri further added that highway concession holders must reserve a few lanes for drivers who continue to use the physical card and e-tag payment options.

A day after the congestion at selected toll booths, PLUS deployed personnel at troubled RFID lanes. Owners of defective tags were given coupons for diagnostic tests at fitment centres and replaced for free if found faulty.

PLUS said that it recorded a migration rate of 10% RFID transactions after its implementation on 15 January across the entire North-South Expressway over the weekend. With RFID technology, road users can glide through the toll booths at up to speeds of 30 km/h. Toll collection through e-tag and Touch ‘n Go card are still being accepted but the Works Ministry intends to gradually phase out the methods once more RFID lanes are implemented on the highways.

The roll-out of the faster Multi-Lane Free Flow (MLFF) technology by 2026 meanwhile will see drivers make payments without the need to slow down at toll booths, as scanners mounted on gantries will perform the transaction.