The Kenyan Police force has received a delivery of 30 new Proton X70 SUVs, to be used as part of their official vehicle fleet. “The Proton X70 will bring supreme style, superb stability and comfort for the national police service as they execute their mandate,” the carmaker’s Kenyan arm said in a post on its Facebook page.

Based on the images that were shared in the post, the Kenyan police’s Proton X70 looks to be similar in specifications to the Standard variant offered here in Malaysia, as seen from the halogen projector headlights and 17-inch alloys.

Of course, the police X70s are also wrapped in official colours of the Kenyan police force, and will likely be fitted with additional equipment such as VHF radios and police lights before it heads out on official duties.

RELATED: The Proton X70 is also part of our very own PDRM’s official fleet! Check it out here.

Interestingly, the Standard variant of the Proton X70 that’s used for the police force is not officially offered for sale over in Kenya. The C-segment SUV in the African nation is only sold in a single Premium 2WD variant, powered by the 1.5 TGDi three-cylinder engine that’s used on the Proton X50 Flagship here in Malaysia.

In terms of equipment, the Proton X70 Premium 2WD in Kenya is also quite similarly specified to the Premium X variant here in Malaysia. Standard equipment include the larger 19-inch alloys, LED headlamps, Nappa leather upholstery, and the full suite of advanced driver assist systems. 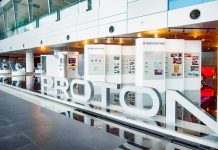 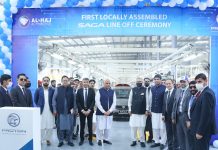