Shortly after the unveil of the Honda Civic police car, the Royal Malaysian Police (PDRM) now have another new addition to their fleet, and it’s the Proton X70. As reported earlier, 197 units of the best-selling SUV is slated to join the force, and now these images of the new patrol car have made its way onto the internet, courtesy of Proton salesman Amirul Anwar Rosli.

Similar to the Civic, the Proton X70 police car is also based on the base trim model, the Standard 2WD. On the outside, several police-specific modifications have been fitted to the SUV, that includes the dashing new police livery, first seen on the Civic patrol car, with the ‘Polis’ script in italics and the PDRM emblem branded on the front doors, bonnet, and across the rear bumper, as well as the blue flashing lights.

The photos did not provide a closer look at the interior of the new X70 police vehicle, but it should also be fitted with the standard PDRM gears, including the Integrated Light Sound System, Fleet Management System, as well as a Very High Frequency (VHF) radio set.

Underneath the hood, the Proton X70 is powered by a 1.8-litre turbocharged four cylinder engine, capable of pushing out 181 hp and 300 Nm to the front wheels. The mill is paired to a new seven-speed dual-clutch transmission (DCT), which was introduced when the locally-assembled models were launched earlier this year.

The new Proton X70, along with the Honda Civic patrol cars, are procured for the purpose of replacing the current aging fleet of Proton Wajas and Wiras. In total, 1,275 new patrol vehicles will be added to the PDRM fleet in stages. 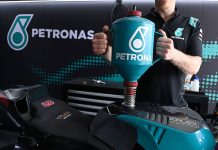