Home News Cycling on highways without permit – up to RM5,000 fine 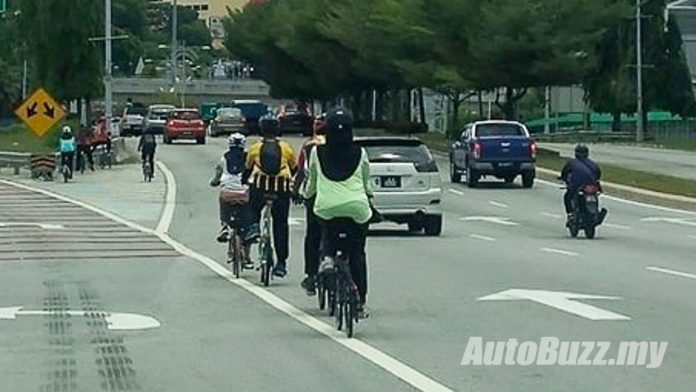 Not that we are biased towards motorists, we have always been open to sharing the roads but this is great news for those who have been inconvenienced and put at risk more than once by ignorant and inconsiderate bicyclists. The government has finally made an announcement to address this issue.

According to local news sources, cycling on highways without permission/permit from the police or the Lembaga Lebuhraya Malaysia (LLM) can fined between RM1,000 to RM5,000. The offence also carries a jail term of up to 12 months.

According to the article by Harian Metro, the Director of the Jabatan Siasatan dan Penguatkuasaan Trafik (JSPT), Datuk Mat Kasim Karim said that the offence falls under Section 54 (1) of the Road Transport Act 1987.

He also added that failure to comply with road signs forbidding cycling activities on highways is also an offense under Section 79 (2) of the Road Transport Act 1987. As a result, the bicycles can be impounded under Section 112 (3) of the same act.

According to Mat Kasim, there have been 150 cycling-related accidents reported between January to September 2021. Of the 150 cases, there were 71 fatalities.