Ford conducted a survey recently on eight to nine-year olds recently and as it turns out, over 49% of them prefer their future cars to be electric powered.

The “Ford Go Electric: Future Generation” study was conducted on youngsters who’d be driving in 2030 in the UK, the same year where UK will begin selling only electric cars.

Results showed that nearly 4 out 5 (79%) were looking forward to drive a car, while 49% want their cars to be powered by electricity. The figure is highly pulverizing as only 17% preferred petrol cars, 10% diesel, and 7% gas.

You’d think that with kids that age, their minds wouldn’t be mature enough to have preferences when it comes to cars, but the opposite is true.

Ford even went to the extent of bringing the youngsters’ idea of a dream car to reality with the Ford Future Generation Concept car.

At the end of last year, the UK government announced that from 2030 onwards, only electric cars will be sold. Let’s see how that goes in just another nine years. 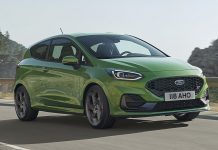