Home News Move aside Rolls-Royce, the Genesis G90 is the new royalty’s choice 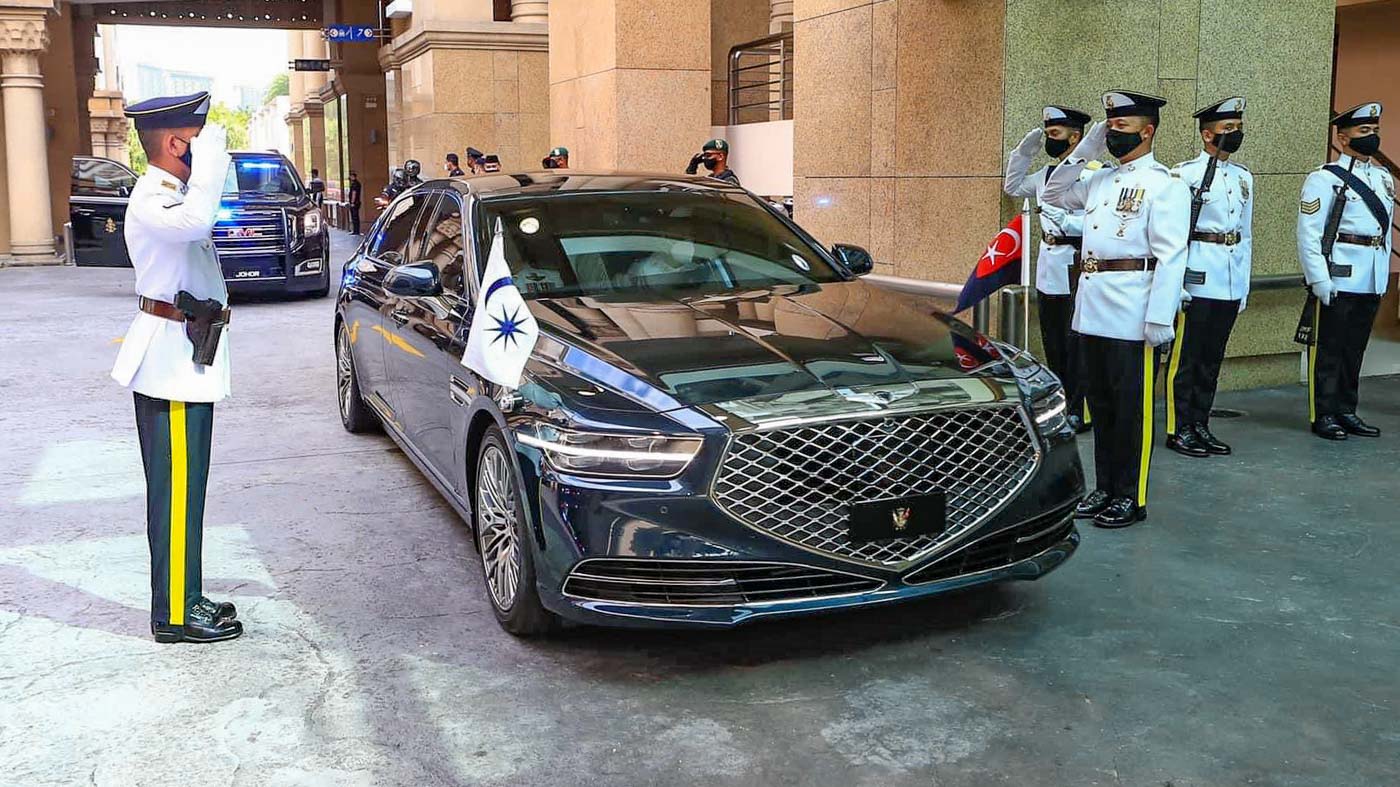 We’ve all seen the usual Mercedes-Benz, Lexus, BMWs, or even Rolls-Royces serving as the official state cars, either for the royalty or head of state. All sensible choices, we must say, but perhaps just a little “uninspired”, since pretty much every other head of states (or royalty) have the same car too.

That’s probably how the Sultan of Johor felt, too, because instead of a standard Maybach or some other ultra-luxury model, he’s chosen a Genesis G90 as his official state car! Now, that’s how you stand out in a crowd.

Of course, since it’s an official state car, it won’t be just like any other G90s out there. Firstly, HRH Sultan Ibrahim Ismail’s Genesis G90 is a stretched limousine variant, which gives it an additional 290 mm in length, and 10 mm in height.

We’re also pretty certain that the royalty-spec Genesis G90 is fully armoured, with bullet-proof glass, hardened body panels and the full nine yards to keep the passengers inside (i.e. the king of Johor) safe and sound at all times.

Take a look at what other nation leaders around the world ride in – and how much they cost!

Since the car is likely made to order, there’s no way to know exactly what it’s packing. There are also no other photos of the car as of now, but based on what the standard Genesis G90L comes with in Korea, we can expect two first class-grade reclining seats at the back, with ample of space for other things such as an entertainment centre and fold-out style tables.

Underneath the bonnet, the South Korean-only Genesis G90L comes exclusively with a 5.0-litre V8 that produces 425 hp and 520 Nm of torque. Power is sent to all four wheels via Hyundai’s HTRAC all wheel-drive system and an eight-speed automatic transmission.

The Mercedes-Maybach S-Class meanwhile can pack up to 630 hp and 1,000 Nm of torque. Check it out here!

It’s also interesting to note that since the Genesis G90L is designated as a South Korea-exclusive, the seating layout actually places the driver on the left, as you can see from the photo above. That’s not really an issue, though, since there’ll always be a motorcade ahead of the car to clear off the roads, and the driver will be specifically trained to drive the car safely, too.

Is this the most interesting official royalty chariot you’ve ever seen? Well, it’s certainly the most unique one here in Malaysia, at least. What other car would you like to see being converted into “royalty-spec”? Let us know in the comments below! 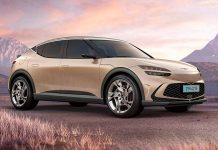 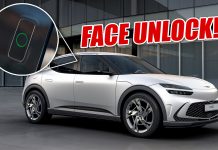 Just like your phone, you can also now unlock the Genesis GV60 using only your face 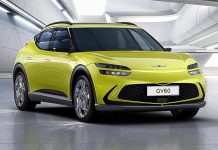