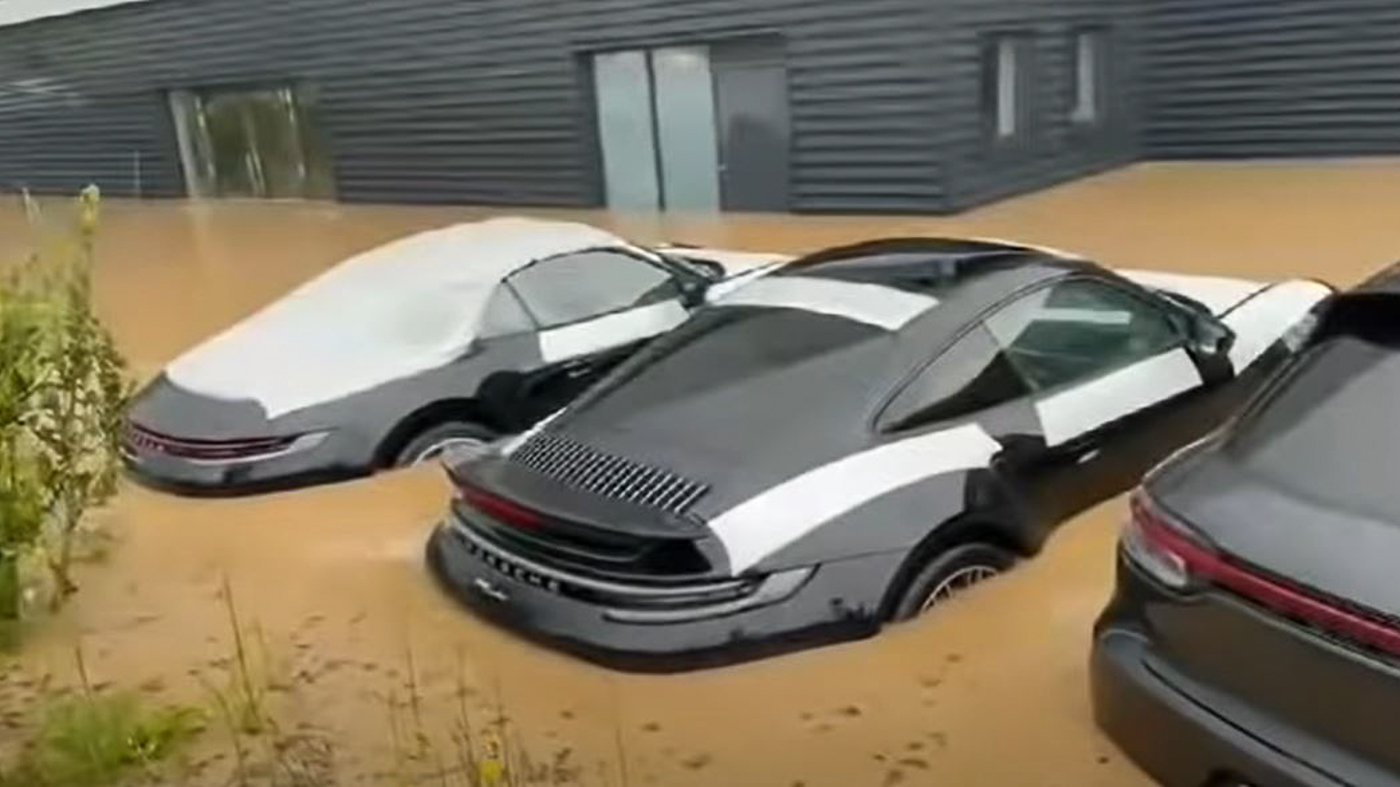 In case you’re unaware, several areas in West Germany have been devastated by the worst flood the country has seen in over 60 years. The floods have also impacted the areas in Belgium and Netherlands that border East Germany.

So far, the death toll is over 180 people with more than 1,000 unaccounted for. The town of Bad Neuenahr-Ahrweiler, just south of Cologne, reportedly received two months’ worth of rain in just two days.

The scenes are just as heartbreaking at a Porsche dealership in Stuttgart when a video surfaced on Carscoops showing countless 911s and SUVs in a swamp of water.

The video above only goes to offer a slight impression of the severity of the flood. Water levels can be seen to be as high as the wheel arches of the Macan and Cayenne models parked outside, while at the top of your screen, only the top half of the Porsche Taycan can be seen.

This is not an isolated case as other dealerships have been hard hit by the catastrophe that Germany says is contributed by climate change. Last week, an Audi showroom was completely destroyed with new units stacked on top of each other following the flood.