Subaru of America has just released the first teaser shot of the all-new Subaru WRX performance sedan, based on perhaps the upcoming Impreza C-segment car.

It is certainly an all-new sedan, as the doors and rear pillar have a more rounded shape now, perhaps from the Viziv concept. The new performance sedan also retains its iconic bonnet scoop for direct ambient air cooling of the intercooler.

In the USA, the current Subaru WRX consist of the regular variant with a 2.0-litre turbocharged four-cylinder boxer engine with outputs of 268 hp and 350 Nm of torque. Power is channelled to all four corners via a six-speed manual transmission or the Lineartronic CVT.

Meanwhile, long-time rival Mitsubishi has no intention for an Evo revival. Find out why here.

The Subaru WRX STI meanwhile uses a much larger 2.5-litre turbocharged four-cylinder boxer engine churning out 310 hp and 393 Nm of torque. The centre differential also comes with more tricks, such as multi-mode Driver Control Centre Differential (DCCD) plus limited slipping control and a front-to-rear torque split of 41-to-59.

The front and rear axles also feature their own limited-slip differential (LSD), making the WRX STI one of the very few vehicles with three LSDs. It is all about high performance so the WRX STI also comes with Brembo six-piston front calipers gripping 340 mm disc behind 19-inch wheels wrapped with 245/35R19 tyres.

Benchmark sprint time of 0 to 96 km/h (60 mph) is 5.7 seconds for the WRX STI and the regular WRX takes 0.3 seconds longer.  It would be interesting to see if electrification will find its way into the Subaru WRX, as rumoured back in 2017 via the Viziv concept.

New Subaru BRZ comes with a new engine with more power! Does it have a turbo?

A limited-edition Subaru WRX STI S209 with higher horsepower and handling threshold was released in 2019, with many other special editions to keep interest and presence high in the USA market.

The all-new Subaru WRX will debut later this year, according to the company’s press release. It could be another USA-exclusive model as sedans as still very popular in North America. 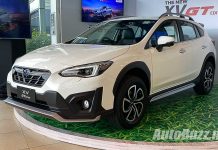