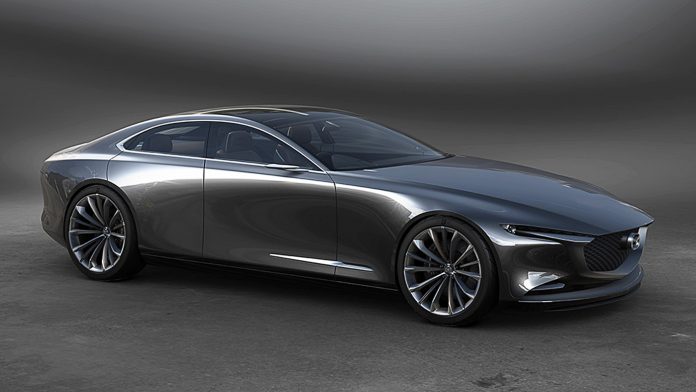 Mazda has shared its powertrain concept planned till the end of this decade, with slightly more details being shared on the rear-wheel drive (RWD) platforms.

Under the revised Medium-Term Management Plan, Mazda will introduce new platforms comprising of diesel and petrol engines, mild to plug-in hybrid (PHEV) as well as range extenders as part of their plan to reduce carbon emissions and be climate neutral.

Between next year and 2025, Mazda will offer the electrified rear-wheel drive platform for large vehicle projects. The six-cylinder petrol and diesel engine will have a 48-volt mild-hybrid setup, while the PHEV is limited to a four-cylinder petrol unit under the Skyactiv Multi-Solution Scalable Architecture technology.

Mazda intends to offer five hybrid models (which will also use Toyota’s fourth-generation hybrid system), five PHEV models as well as three EV models to major markets including Malaysia and the ASEAN region.

Concurrently, the Hiroshima-based company will also develop a dedicated platform for EV called Skyactiv EV Scalable Architecture and expected the first vehicle to be launched between 2025 and 2030.

By 2030, the company expects 25% of its cars to be EVs and the rest have some degree of electrification (mild, full hybrid or PHEV). Mazda currently only offers the Mazda3-based MX-30 in fully electric or mild-hybrid powertrains and only in selected markets.

The big question mark floating in our minds is the models under the proposed large vehicle products, as the largest Mazda vehicles are only the Mazda 6 sedan and Mazda CX-9 multi-seat SUV. A straight-six engine stretches the bonnet with only BMW championing it, so perhaps the next Mazda 6 will compete directly with a BMW 3 Series? Is the RX-Vision finally going into production now that a six-cylinder engine has been given the green light?

Mazda is also not neglecting the growing demands of more semi-autonomous driving, as the brand has always placed driver involvement very highly in the development of all their vehicles.

Making further advancements of the Mazda i-Activsense driving assistance system is the Mazda Co-Pilot Concept that will also be included in the new large vehicle products.

The proposed system is designed to monitors the driver’s condition at all times. If a sudden change in the driver’s physical condition is detected, the system switches to autonomous driving, navigating the car to a safe place, stopping the car and placing an emergency call.

It is indeed great news that Mazda is still heavily investing in a platform with a six-cylinder engine driving the rear wheels, given our daily reports are about varying battery sizes and charging times.