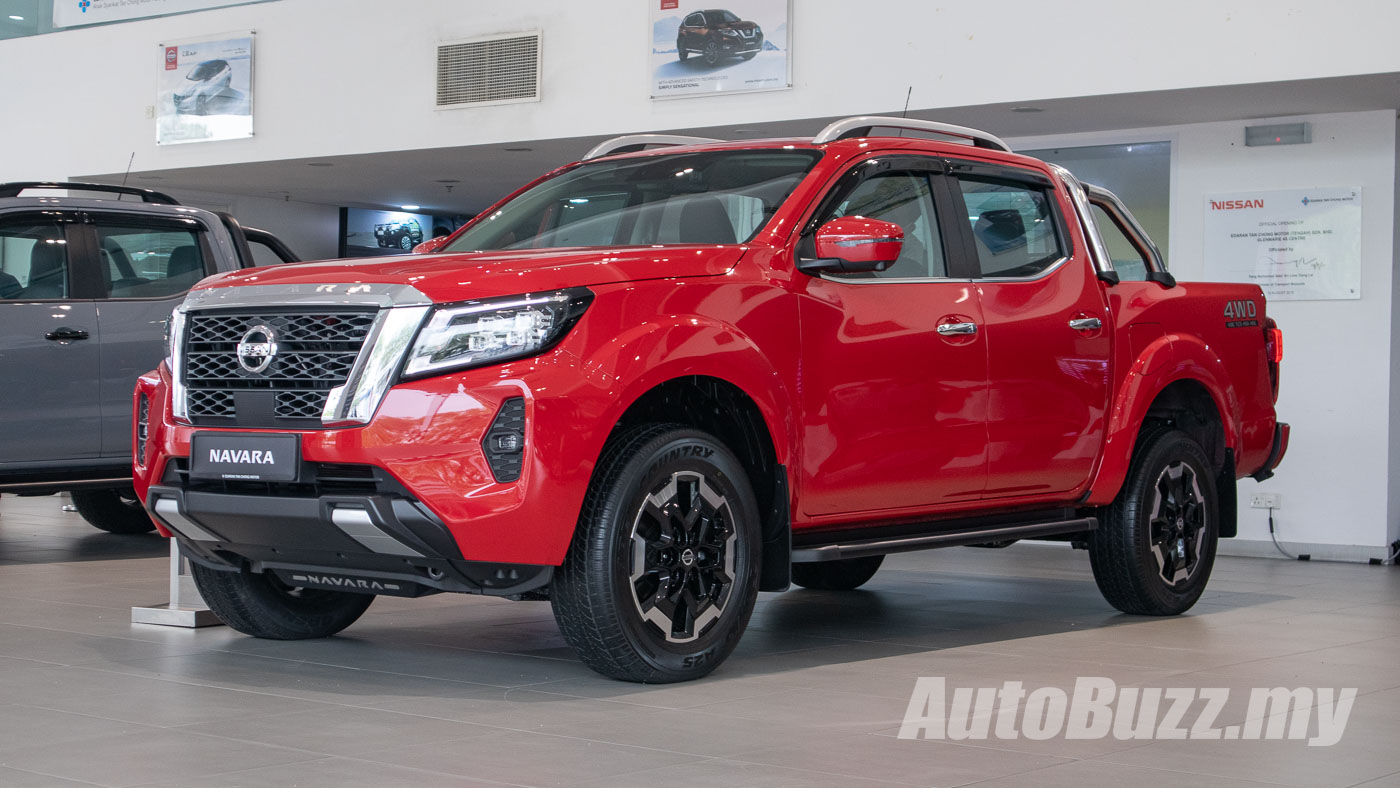 Six variants are available for the new Nissan Navara, starting with the sole single-cab workhorse variant at RM92k, and topping out with the aforementioned PRO-4X, priced at RM142,200.

The styling of the new Nissan Navara is heavily influenced by the US-market-only Titan pick-up truck, especially on the new front fascia, which now gets a large ‘Interlock’ grille, surrounded by a chunky piece of chrome trim.

Automatic halogen headlights are standard items, but the three higher-end variants get a quad-LED projector set-up with a new C-shaped signature daytime-running lights. It’s also the same at the rear, with only the top three variants getting the LED tail lights with C-shaped lighting signature.

At the rear, the new Navara gets a new “integrated spoiler” look on the tailgate. Further down, the bumper has also been redesigned, now with an integrated step to make getting in and out of the truck a lot easier.

Standard on the Nissan Navara is also a new Tailgate Assist torsion beam system in the tailgate, making it significantly easier to access the truck bed.

All six variants of the Nissan Navara are powered by the same YD25 2.5-litre inline-four turbodiesel engine, but their outputs vary based on the transmission choices – with the six-speed manual option (available on the single-cab and SE variants) getting the lower output.

As this new Nissan Navara is a facelift model, there are virtually no changes to its interior architecture and design from the outgoing model.

However, Nissan said that significant work has been put in to improve the quietness and comfort in the cabin, and can be seen from the new noise-isolation acoustic laminated glass on the windshield and front windows, as well as the new rear seats with improved thigh support, curved backrest, and a new centre armrest with integrated cup holders.

Being the only pick-up truck in the market with a multi-link rear suspension instead of leaf springs, the new Nissan Navara also adopts a new dual-rate coil spring that is said to reduce “body toss” by up to 33%, while improving vehicle stability, ride comfort, and handling to be “on par with SUVs”.

As standard, the new Nissan Navara line-up is equipped with two airbags, and two rear reversing sensors as standard. Moving up to the “value for money” V variant ups the airbag count to six, alongside the addition a rearview camera and autonomous emergency braking features.

Stepping up to the two premium variants – the VL and PRO-4X – will net you the full suite of Nissan Intelligent Mobility advanced driver assistance features, alongside a 360-degree surround view monitor and two additional rear parking sensors.

The new Nissan Navara line-up in Malaysia is priced as follows, on-the-road, without insurance:

Included as standard in the price of the new Nissan Navara is a five-year, 150,000 km warranty. As pick-up trucks are classified as commercials, they are not eligible for the SST exemptions, currently still valid until the 30th of June.

At launch, ETCM is also offering four exclusive factory-fitted accessories packages for the new Nissan Navara, with different contents depending on the variant: