The Ministry of Transport (JPJ) is now focusing on a more lenient approach to the enforcement of vehicle exhaust systems the emit more than the allowed parameters.

Transport Minister Datuk Seri Dr Wee Ka Sion said that his ministry will now focus on the advocacy approach rather than to issue summons after studying a speech by Datuk Seri Dr Ahmad Zahid Hamidi at a recent political party’s general assembly.

Datuk Seri Dr Wee said he had informed the matter to JPJ Director-General Datuk Zailani Hashim which the department indicated that an Interview Notice will be issued under Section 114(1), Road Transport Act (APJ) 187. The purpose of the first notice is to conduct an investigation and information gathering on the illegal modification of the vehicle’s exhaust system.

Recipients of the Interview Notice must present themselves at any JPJ branch office. Datuk Zailani also elaborated that a second notice called Directive for Inspection Notice under Section 61(1) together with Prohibited Use of Vehicle Notice (PG1) under Section 59(1) of the Road Transport Act (APJ) 1987 will only be issued should the owner be suspected of committing the illegal vehicle exhaust modification offence.

He added that with the second notice, the vehicle owner must then reinstate the exhaust system to its original specifications and perform an inspection at any JPJ branch office.

News reports from Bernama and The Sun Daily said that in just five days from March 1st, a total of 10,166 summonses for various offences were issued during large-scaled operations conducted against vehicles with illegal modifications. As of March 21st, over 4,000 summonses were issued to motorcycle owners after an inspection of over 59,000 units of the two-wheeler.

Offenders can be prosecuted under Section 64 of the Road Transport Act (APJ) 1987 and can be fined up to RM2,000 or a six-month jail term. Earlier this year, the JPJ issued a reminder to vehicle owners who modified their cars with a “hellaflush” look that a summon is also awaiting them should they caught driving on the road. 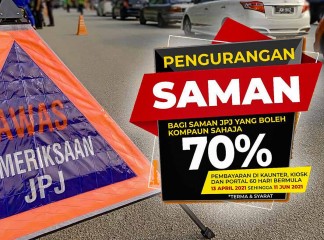 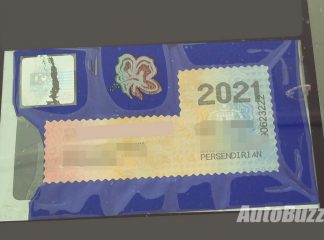 Government to improve on disposal of abandoned cars