Three and a half years after the introduction of the fifth-generation model, Lexus today unveiled the 2020 LS mid-cycle, with a nip and tuck to its exterior styling and overall refinement to take on the soon-to-be-released updated Mercedes-Benz S-Class.

On the exterior, the new Lexus LS gains a slightly updated front fascia, with the most obvious change being the new cleaned-up headlights that have now ditched the split daytime-running lights design for a single lighting package – much like the new Lexus IS.

The headlights also now come with the marque’s BladeScan Adaptive High Beam system, which uses a rotating blade mirror to accurately project light ahead without blinding oncoming and preceding traffic.

Other exterior changes include a reworked front bumper with new vertical character lines on the front bumper edges to emphasise the vehicle’s stance, a slightly refreshed taillights assembly with new piano black trims instead of chrome, as well as a slightly retouched rear bumper.

On the inside, the new Lexus LS gains a new 12.3-inch touchscreen infotainment display with Apple CarPlay and Android Auto support, along with a new digital rear-view mirror. Though, the overall architecture is largely carried over from the outgoing model.

Cabin styling on the 2020 Lexus LS is headlined by the new ‘Nishijin & Haku‘ interior ornamentation option, emulating the look of “sparkles of light on moonlit waves” and “sparkle of platinum leaf” – Haku stands for metal leaf in Japanese.

If you think that the styling updates made on the 2020 Lexus LS is a little reserved, that’s because the Japanese luxury carmaker focused this update on refining the sedan’s comfort and overall refinement – meticulously down to the smallest detail, such as the positioning of stitch points on the seats.

Comfort-oriented revisions include a retuned suspension spring rates an dampers to go along with the updated Adaptive Variable Suspension system, updated engine mounts, as well as optimised stabiliser bars. The Active Noise Control system has also been updated, along with the Engine Sound Enhancement tuning.

The powertrain on the new LS remains the same as the outgoing model, though Lexus says that the low-end torque on the petrol model has now been improved, while the hybrid model’s electric motor will now kick in earlier to enhance acceleration while keeping the engine revs low.

Lexus says that the new Lexus Teammate system can be updated via software updates down the line for improved safety performance, and bringing new functionalities when it becomes available. 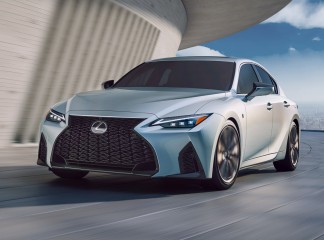 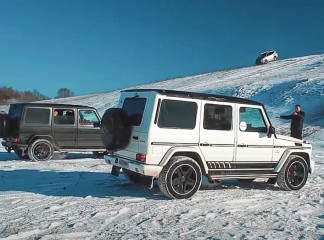 Mercedes-AMG G63, Lexus LX570 and a Volkswagen Touareg battles out in the snow!