After revealing most of the car last September, Nissan has the new Fairlady Z to stage again at the “Fairlady Z Protoype Special Talk Show” at Nissan’s headquarters in Yokohama.

At the event, Mr. Shinichiro Irie, Program Design Director highlighted a few key features of the new Z and the inspiration behind them.

If we understood the translated article correctly, initial intentions were for the new Fairlady Z to feature round headlamps, just like the original car.

Instead, they opted for a teardrop-shaped design for better light distribution but complemented it with a double arch effect with the daytime running lights to project a circle.

On the side of the car is a silver trim that runs along the sloping roof of the new Fairlady Z, with a sharp finish at the bottom of the C-pillar. The minimalist design detail is to mimic the design of a Katana, a Japanese sword.

The rear fenders were inspired by “athletes who train the inner muscle” according to car.watch.impress.co.jp. It was moulded out of clay by a 40-year veteran at the company, one they refer to as a Takumi. Takumis are master craftsmen who’ve repeatedly honed his or her craft for decades.

Old school influences in the new Z also includes the triple gauge display at the centre of the dashboard – a tribute to the original car. The stacked oval shapes seen on the air-con vents, the front grille, and more prominently on the tail lights were inspired by the Fairlady 300ZX from the 1990s.

So far, not much else has been revealed of the new Fairlady Z although it looks certain to house a 3.0-litre twin-turbocharged V6 with 400 hp and 500 Nm. Even more exciting is that it will come with a 6-speed manual transmission as standard, with the option for an automatic. 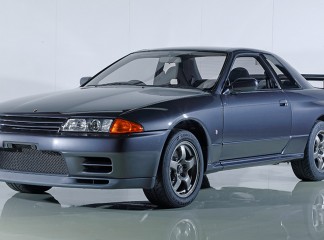 All-new Qashqai is the best-looking Nissan SUV yet!