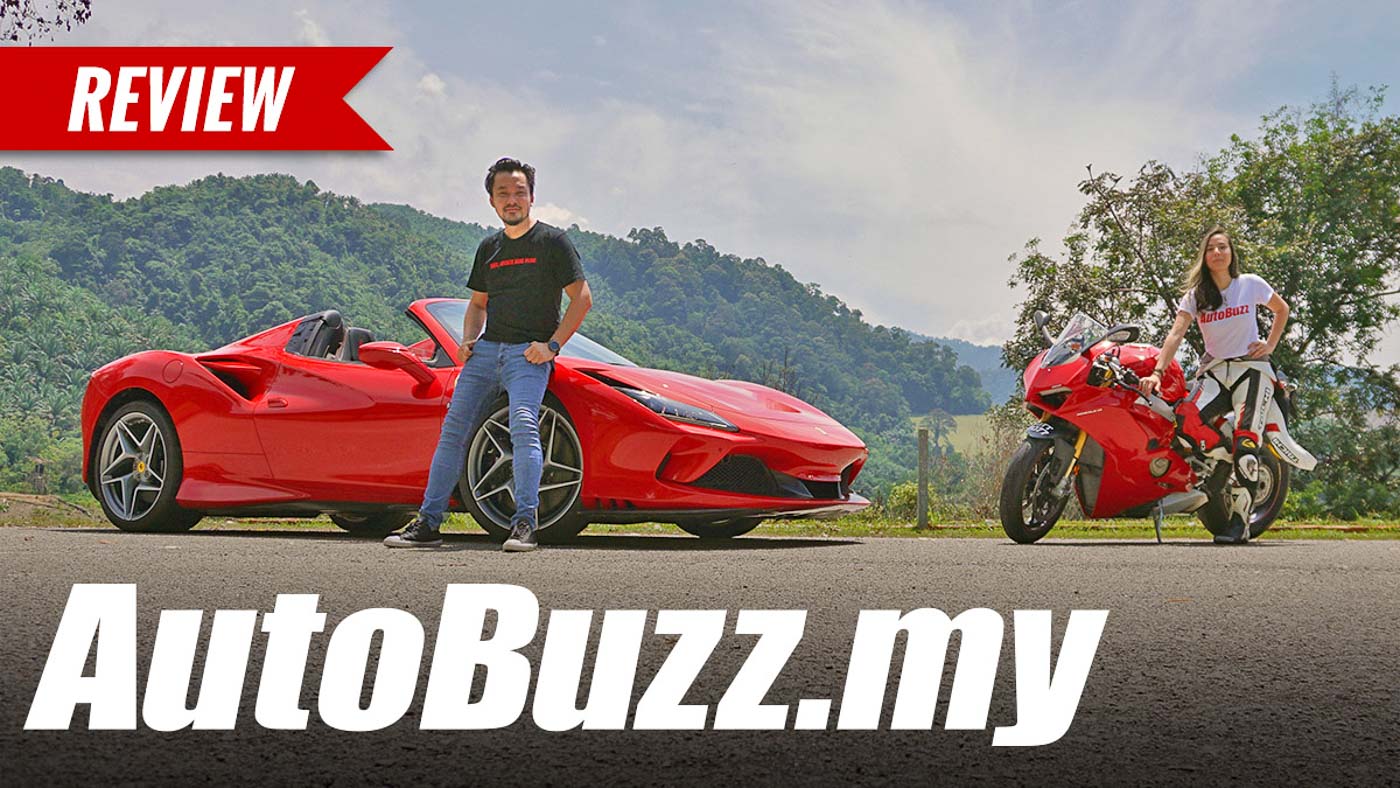 Buon Giorno! In what might be the most Italian line-up we’ve ever had in a single video on the AutoBuzz.my YouTube channel, we’ve managed to not only get our hands on the Ferrari F8 Spider, but also the Ducati Panigale V4S alongside it.

Yes, it’s the first bike we’ve ever reviewed on the channel, and we are starting it off with a bang, thanks to a line-up that has enough redness to put Chinese New Year decorations to shame.

Unfortunately though, our trusty ol’ GC Mah definitely isn’t a bike rider by any means – and even if he is, he definitely can’t be at two places at once. So what do we do? We call in the next best thing of course, and hand the reins of the two wheel monster over to girl biker, Yulina.

Behind the driver compartment of the Ferrari F8 Spider is an award winning 3.9-litre twin-turbocharged V8 engine, packing 720 hp and 770 Nm of torque. Power is sent through a seven-speed dual-clutch F1 transmission to the rear wheels, which helps propel the F8 Spider from naught to 100 km/h in just 2.9 seconds; 0-200 km/h is done in just 8.2 seconds, onward to a top speed of 340 km/h.

On the other hand, the Ducati Panigale V4S is by most measurements a road-legal racing bike. Sandwiched between the rider’s legs is the Desmosedici Stradale V4, which is actually the same engine used by the Ducati Moto GP bikes! Engine output is rated at 211 hp and 124 Nm of torque.

But don’t let the puny (by car standards) output fool you – its power-to-weight ratio is actually double that of the Ferrari that GC is driving! As a result, century sprint is completed in just 2.7 seconds – 0.2 seconds faster than the F8 Spider – and has the same top speed as the Prancing Horse.

So how different is it between having four wheels versus just two wheels, or having air blowing through your hair versus… air blowing all over? Watch the video above and find out!