As we’ve mentioned before, car horns are more essential in our everyday driving than we give them credit for. If you think about it, they are really one of the only few communications devices we have with the outside world while driving, so shouldn’t they come with a little more character?

Bosch Malaysia has unveiled a line-up of three car horns, with prices ranging from RM60 to RM300 to fit your different needs. Let Lionel and Han Li walk you through the differences in features and sound signatures in this unboxing video:

The entry-level model of the Bosch car horn range is the Evolution, priced at just around RM60 for a set of two horns. Aside from its bright orange paintwork, the two horns also makes a dual-tone sound, giving you a more upmarket feel usually found on higher-end car models.

The Strider (RM69) meanwhile, steps it up a notch in terms of build quality, offering an IP56 water and dust resistance rating, while also being shatter proof, perfect for those who commonly find themselves on rough terrain, where a stray flying rock might damage a normal horn – and not to mention its brawny two-tone sound also fits the big pick-up truck image.

Last but not least is the Europa, which is priced between RM270 and RM300 for the two variants – 12V and 24V – to suit a larger array of vehicles. The Europa is constructed in a Compressor Trumpet design, as opposed to the Fanfare horns of the previous two. Its more robust shape also makes it more suitable to mount it externally nearer to the front grille.

The Europa horn comes with EMC (electromagnetic compatibility) protection, which means other electronic devices in your car such as the infotainment system will not interfere with its operation. It also gives off a deeper two-tone sound, commonly found in European car models, which is probably where its name came from!

The car horns can be available for purchase now at Bosch Malaysia’s Shopee official store, here. 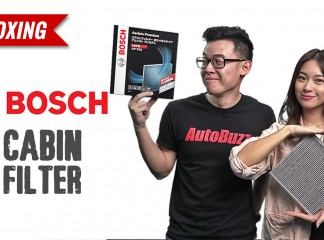