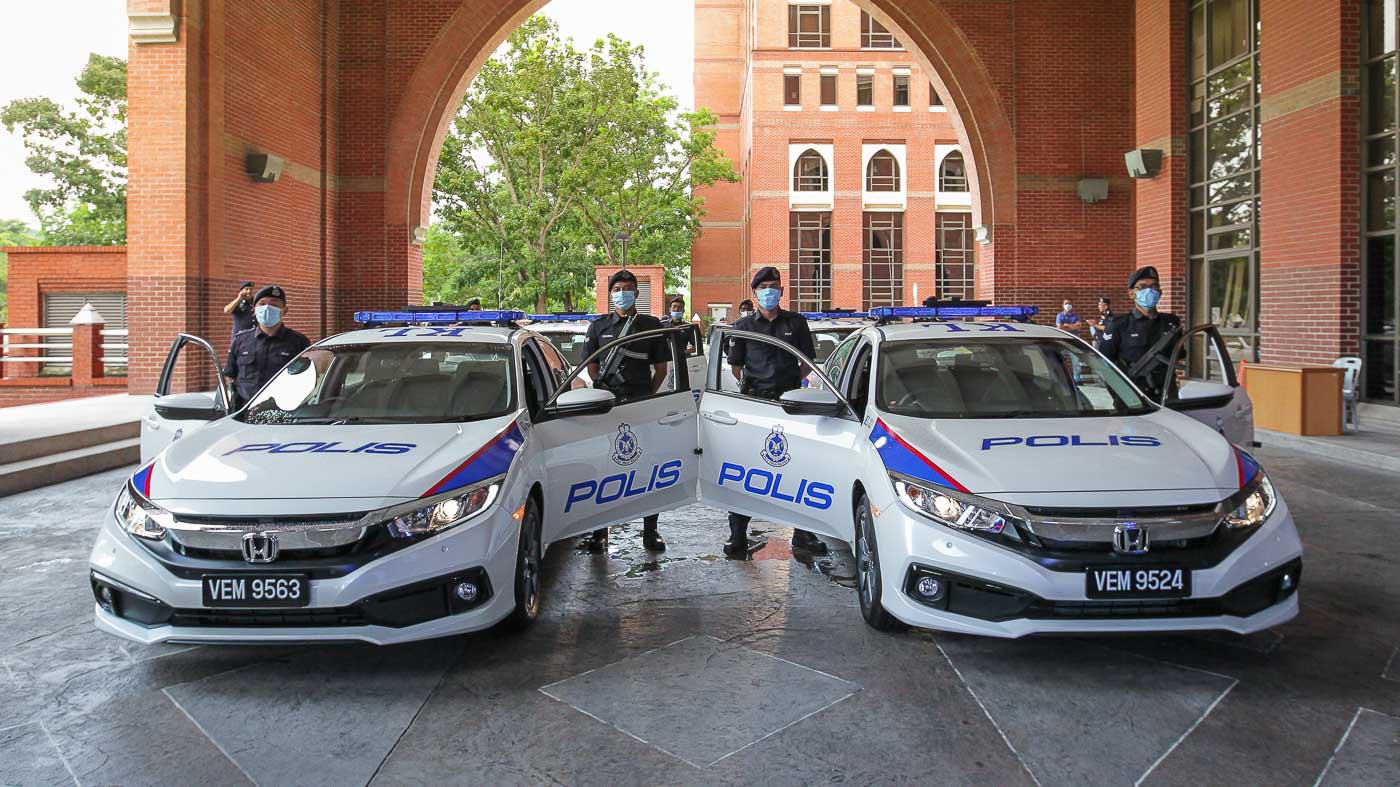 The Royal Malaysian Police (PDRM) have received 425 units of the new Honda Civic 1.8S as new additions to their fleet. The delivery ceremony took place at the Ministry of Home Affairs in Putrajaya earlier today. The new vehicles will be used for mobile patrolling and enforcement duties.

The Honda Civic was last seen in police colours early last year, where it underwent evaluation by the police force alongside its bigger brother, the Civic Type R. Delivery of the new Honda Civic patrol cars was originally scheduled for March this year, but had to be postponed due to the movement control order (MCO).

Honda Malaysia Managing Director and Chief Executive Officer, Toichi Ishiyama said in a statement: “We are delighted that we are now able to resume the plan to deliver these new mobile patrol and enforcement vehicles which are expected to assist in the tasks and responsibilities of the police force in effectively responding to emergencies, maintaining law and order.”

The 1.8S variant is the base specification available for the Honda Civic locally. Under the hood is naturally aspirated 1.8-litre four cylinder engine, producing 141 hp and 174 Nm of torque. The petrol mill is paired to Honda’s Earth Dreams CVT gearbox.

Earlier this year, Go Auto, a fleet management company, also delivered a police-spec all-new Toyota Corolla prototype to the Ministry. The company said that it had received a letter of intent from the ministry to supply 425 units of the Corolla to be used as PDRM patrol vehicles, replacing the aging fleet of Proton Wiras and Wajas.

According to Bernama, the police are set to receive an additional 850 patrol vehicles, comprising of 197 Proton X70 and 653 Honda Civic 1.8 models, to replace their existing vehicles from July until September. Honda open to partnerships to lower cost of electric vehicles