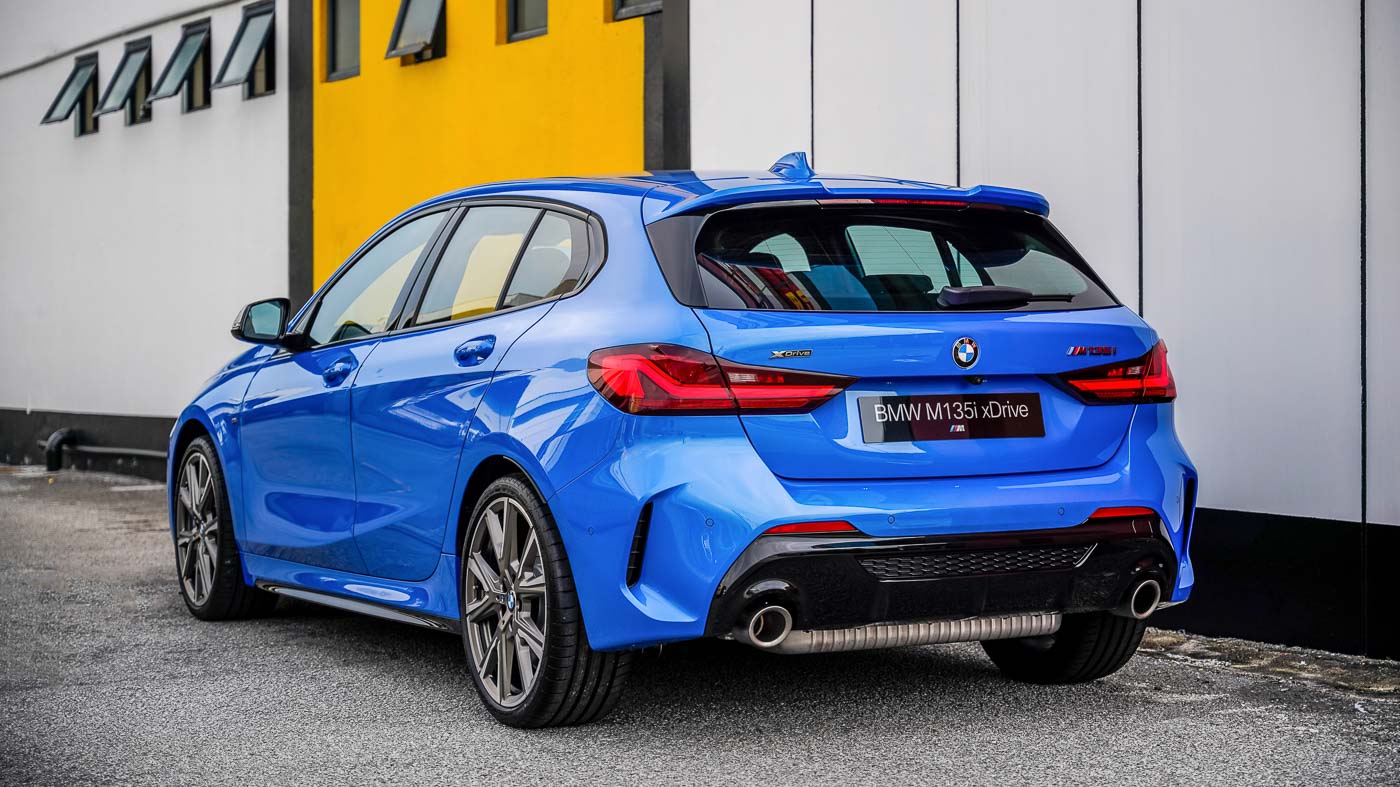 BMW Malaysia has just launched the new BMW M135i xDrive alongside the X1 sDrive18i with a price tag of RM355,646.25 on-the-road without insurance. It’s accompanied by a 5-year Unlimited Mileage Warranty and Free Scheduled Service. The M135i xDrive will be available at all authorised BMW dealerships nationwide by 28th July 2020.

With the Balloon Financing Plan from BMW Group Financial Services Malaysia, the new M135i xDrive can be owned with a monthly installment of RM4,058.00 (based on estimates of an 80% loan on a five-year tenure). Customers can also book the new M135i Drive online at RM1,000 and be in the running to win a new BMW i8 Coupé.

Primarily front-wheel driven, BMW says the M135i xDrive which we drove in South Africa can deliver up to 50:50 torque distribution between the front and rear axles. It also features an Active Sound Design system that amplifies the actual sound from the engine based on various speeds and throttle input – a feature also seen in the current generation BMW M5.

Fitted with BMW’s most powerful 4-cylinder engine, the new M135i xDrive is equipped with a Torsen limited-slip differential and a Launch Control feature that fully utilises the engine’s torque in the 1st and 2nd gear.

The exterior of the M135i xDrive is a reflection of its exciting performance figures. It features a completely new front grille with Cerium Grey surrounds but it’s the M135i’s rear end that steals the show.

It looks almost like the previous generation F31 BMW 3-series wagon but a whole lot angrier and meaner. The tailpipes and side mirror caps are also finished in Cerium Grey. Other exterior colours available are Alpine White, Black Sapphire, Misano Blue, Mineral Grey and Melbourne Red.

The Reverse Assistant can help the driver reverse out of a tight space or alley by recalling the last 50 metres covered. It is able to reverse the vehicle the same way it got in by taking control of the steering, braking and throttle.

“Simply accelerating fast in a straight line is not enough,” said BMW on the new i4